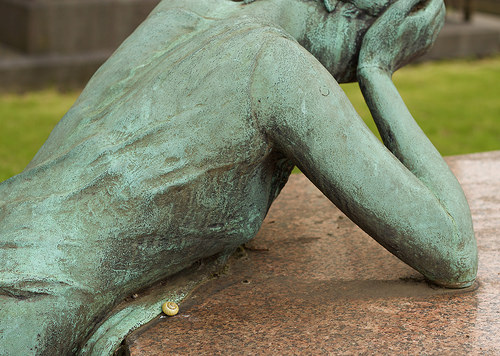 I get it. So many of us who wanted things to go a different way on November 8th are grieving right now.

Some of us are in denial. We want to believe that what happened was just politics, business as usual. We tell ourselves, OK, so our guy didn’t win. Let’s trust the system and wish him the best and wait and see what happens. Let’s take a break from political news and figure out how to reconnect with the other side. Let’s trust the checks and balances of our system to do its job. We tell ourselves that practicing self-care will make us feel better. We dismiss those who are worried our democracy may not survive intact for four years because of course it will! It can’t not survive. (Yeah, just like Trump could never get elected.)

Some of us are bargaining. We think that maybe, somehow, if we just try to understand why all those people in middle American voted for Trump, we can broker our way to some better place. We think that if we develop empathy for those on the other side and reach out to connect with them, we can find our way back to one another and we’ll move forward together toward a peaceful, accepting, diverse culture. We’re hoping that if we do those things, Trump won’t make good on all those election promises he made.

Some of us are just flat-out angry.

Some of us are depressed. We can’t seem to move on. We feel powerless. We can’t concentrate or get anything productive done. We’re pretty sure it’s all in our head, and some others would agree. Our days have looked kinda like this: 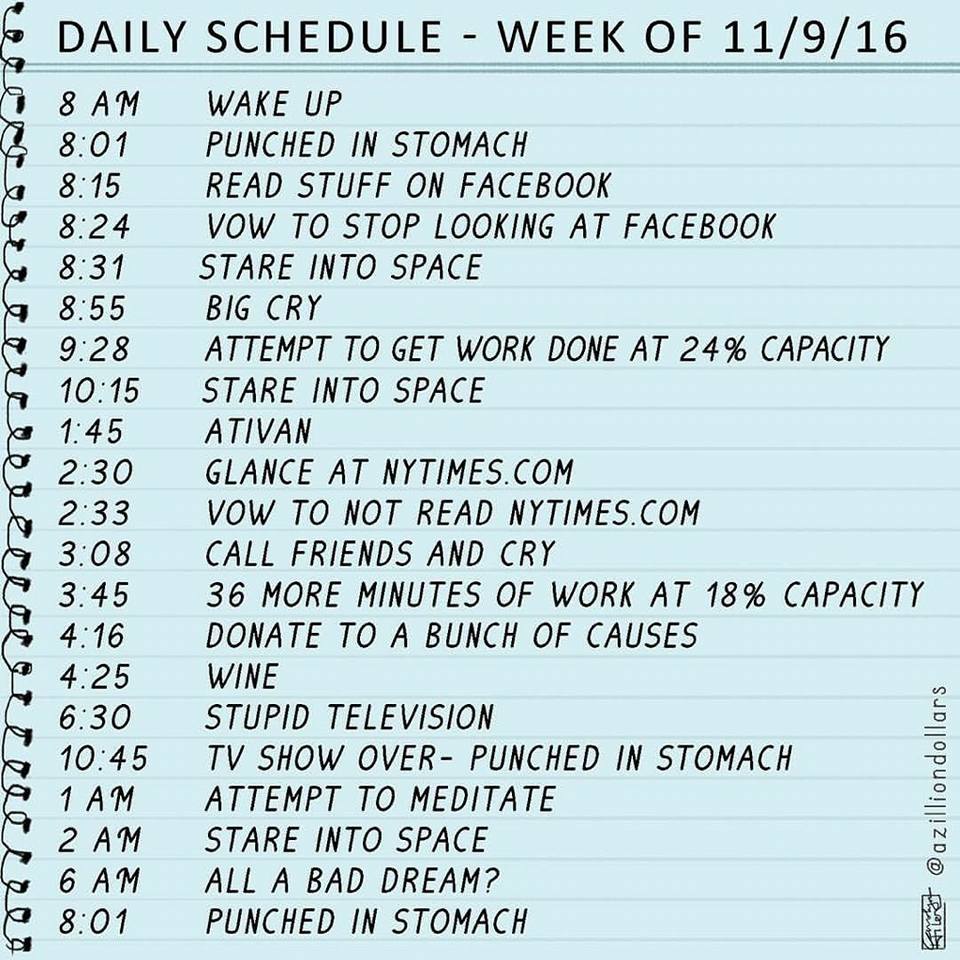 Well, if you’ve been bouncing around in these various circles of grief hell over the past two weeks, I’ve got a suggestion:

let’s get  ourselves to acceptance as soon as we can, because shit’s getting real, and it’s getting there real fast.

On November 9, I wanted to go along with the folks urging us to wait and see. But when Trump brought in Steve Bannon as a White House advisor, it became clear that we weren’t going to have to wait long. Just in case you aren’t fully up to speed on what the “alt right” (a Newspeak term for white supremacists) is, please listen to this interview with Richard Spencer, who coined the term. (Actually, please listen to it anyway. Even if you think you know what it is, listening to this guy will make your skin crawl. Unless, of course, you think skin color is an OK criteria for determining, well, just about everything.) And if you can stand it after that, go check out Jeff Sessions, Trump’s pick for attorney general.

I, too, in an effort to understand what the hell happened and how to fix it, went looking  for explanations and solutions. I wondered about my bubble. Then I realized that even if I (and so many of us liberal white people) have been in a bubble, we aren’t the only ones. Those struggling midwest white folks are likely in a bubble, too. I wanted to believe that if we all seek empathy and start having hard conversations about race, we’ll get everyone moving in the direction of social justice and we’ll work to dismantle our systemic racism.

I don’t disbelieve that, but it’s clear we don’t have time to wait for that kind of change. And if the person we’re trying to move is a narcissist (like, you know, our President-elect), best just to move on.

So:  Let’s get to acceptance.

Let’s accept what is and figure out what we’re going to do about it. Let’s stop focusing on who voted for whom and why. While there are plenty of reasons for folks to be angry with those who voted for Trump–and implications about what it means that a majority of white men and women voted for Trump should be wrestled with–the election ship has sailed. It’s over. 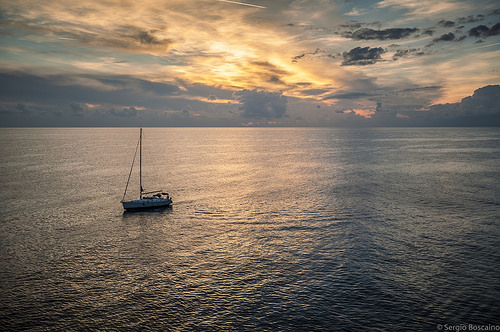 Let’s focus on how we’re going to get on board the next one. I’m still really pissed about lots of the reasons people voted for Trump, but like this guy, I care more about what people are going to do now.

And like this guy, I am absolutely on Team Nah. Since election day, Trump has shown us exactly who he is (the same guy he was in the campaign), and as the article linked to above explains, when we’re dealing with narcissists there is no appealing to reason or a sense of what’s right.

Rather than waiting and hoping we can reason Trump and his administration onto some higher road, let’s get to work doing whatever we can to demand that all citizens are treated fairly and that our rules and best practices for governing be followed. And let’s obstruct any attempts by anyone in our government to do otherwise.

Because honestly, what else can we do? I suppose we can keep on denying and bargaining and turning away from the overwhelm of what’s happening, but lots of people don’t have the luxury of that any more than they have the luxury of prolonged grieving. I don’t want to roll over because what this requires of us is hard and feels maybe futile. I’m more realist than idealist; I know I might end up on the losing side of history, but I want to know I went down fighting on the right side of it.

So:  Let’s get our boots on the ground.

(If you want some concrete ideas of things to do, check out the Resources page.) 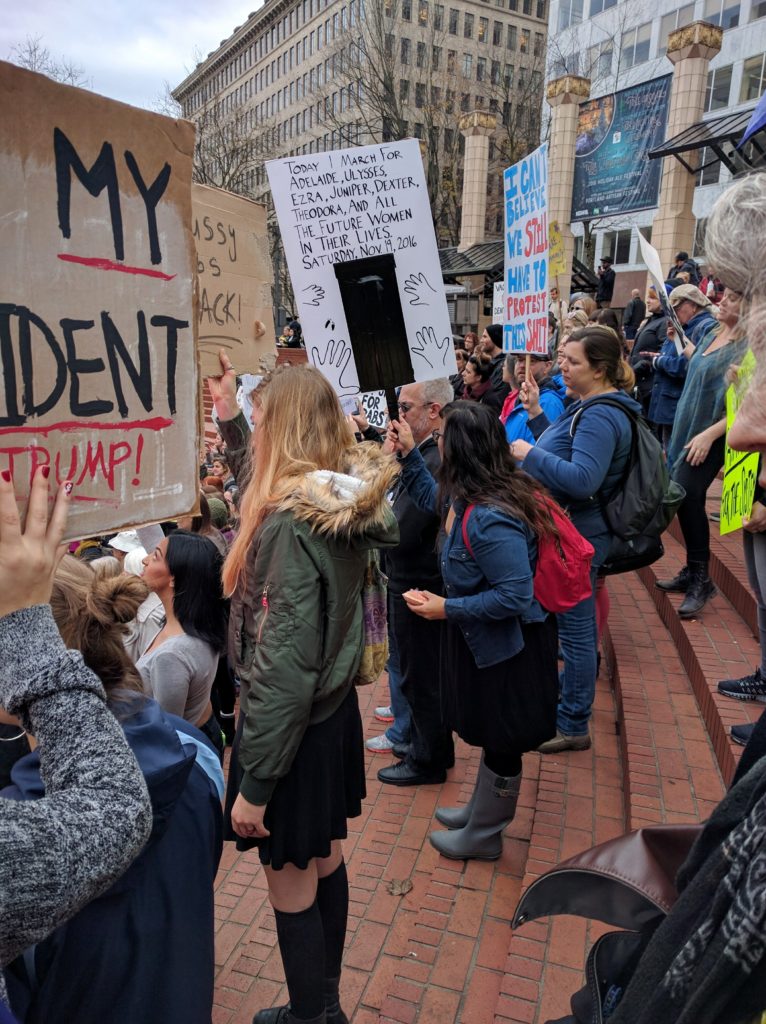 Literally got our boots on the ground in Portland this weekend.