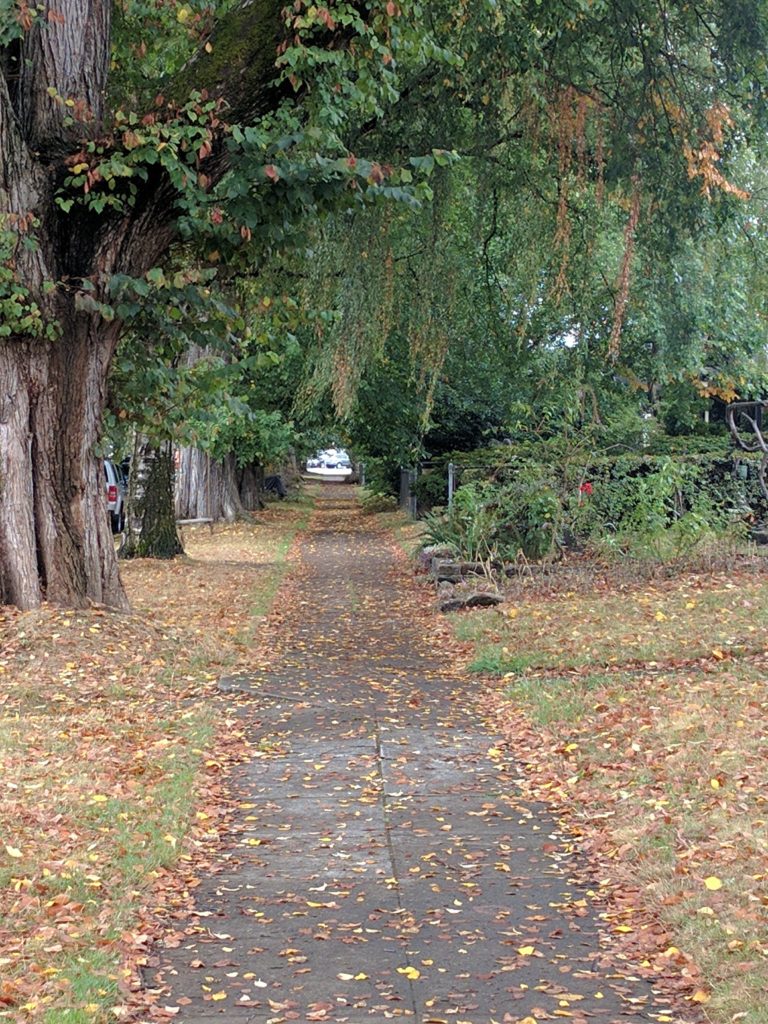 Thursday might be the first day of official fall, but there was unofficial fall all over our weekend. 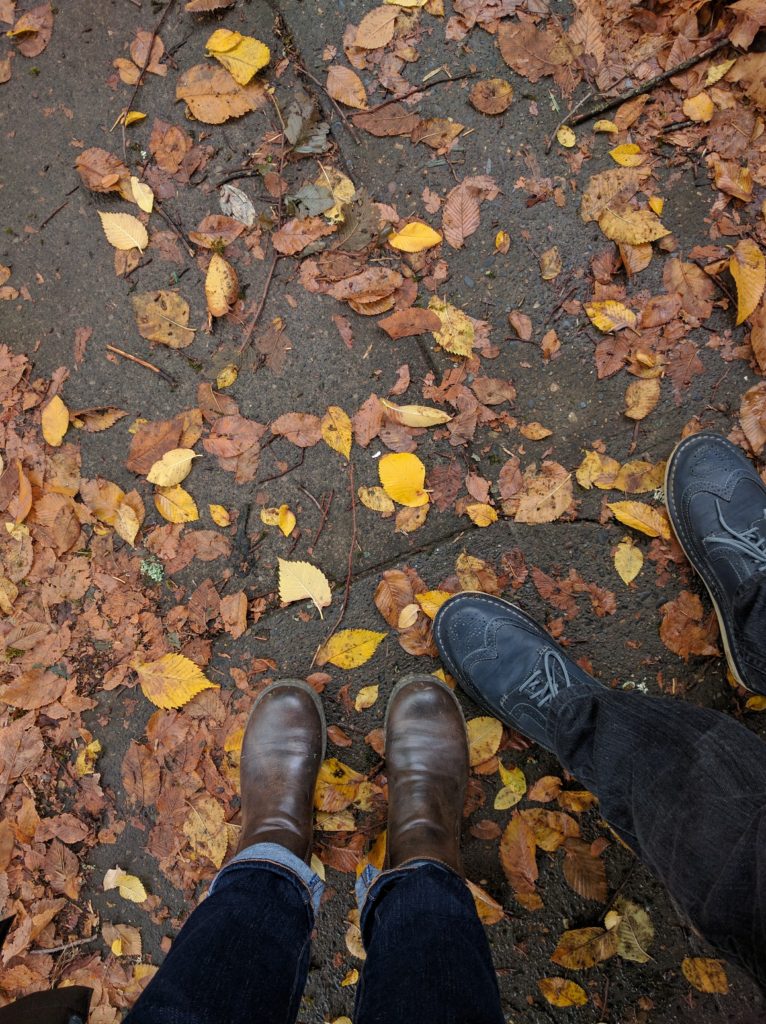 It was long jeans and short boots and even a light jacket kind of weather. It was a trim the spent blooms from the garden and be glad there are still a few left kind of time. 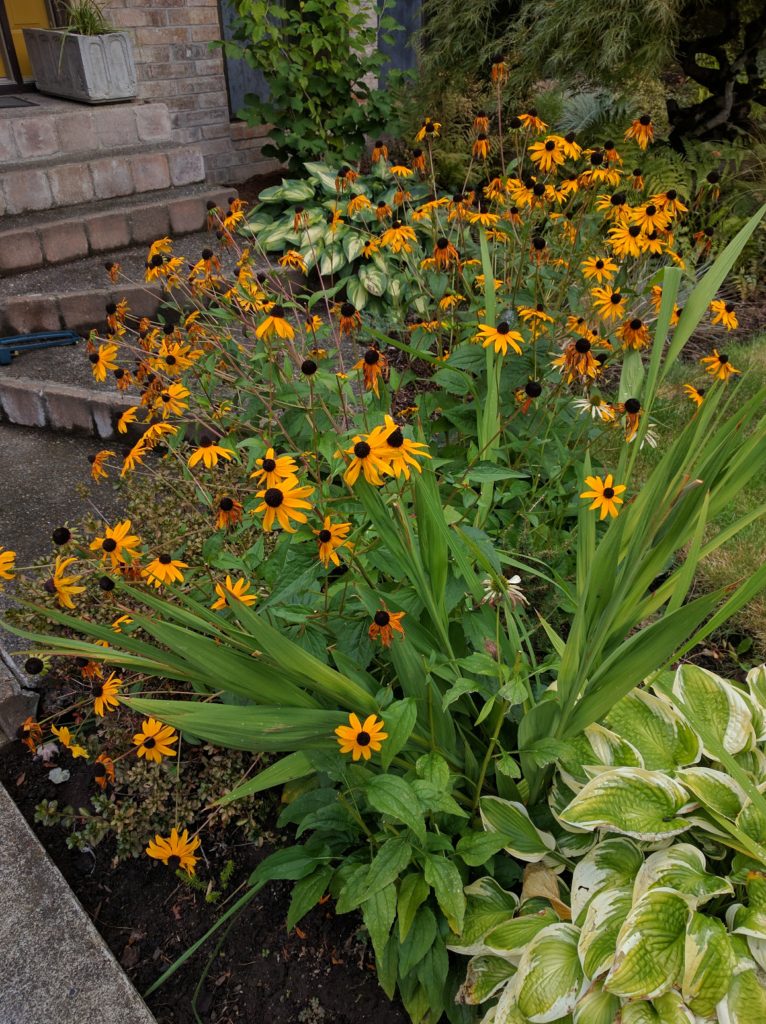 My girl was home (sort of) for half a week.

She was flown home to attend the Pendleton Round-Up in her role as Rose Festival Queen. I’m so glad she had to come back for this. It’s almost as if her leaving cast a spell over the house, the kind you read about in fairy tales, and in the weeks since she left we’ve been sleep-living in suspended time–the way everyone is knocked out for years in Sleeping Beauty’s castle but when they wake up it’s as if they never stopped living.

Somehow, her coming back was like the Prince’s kiss that broke the spell and woke everyone. (OK, maybe not everyone. Maybe just me. I’m probably the only one who’s been creeping through fog.)

Her visit home was at least a little bit enchanted. We were able to get ice cream at a (pretentious) Portland shop that is famous for its long lines, without waiting in line at all. 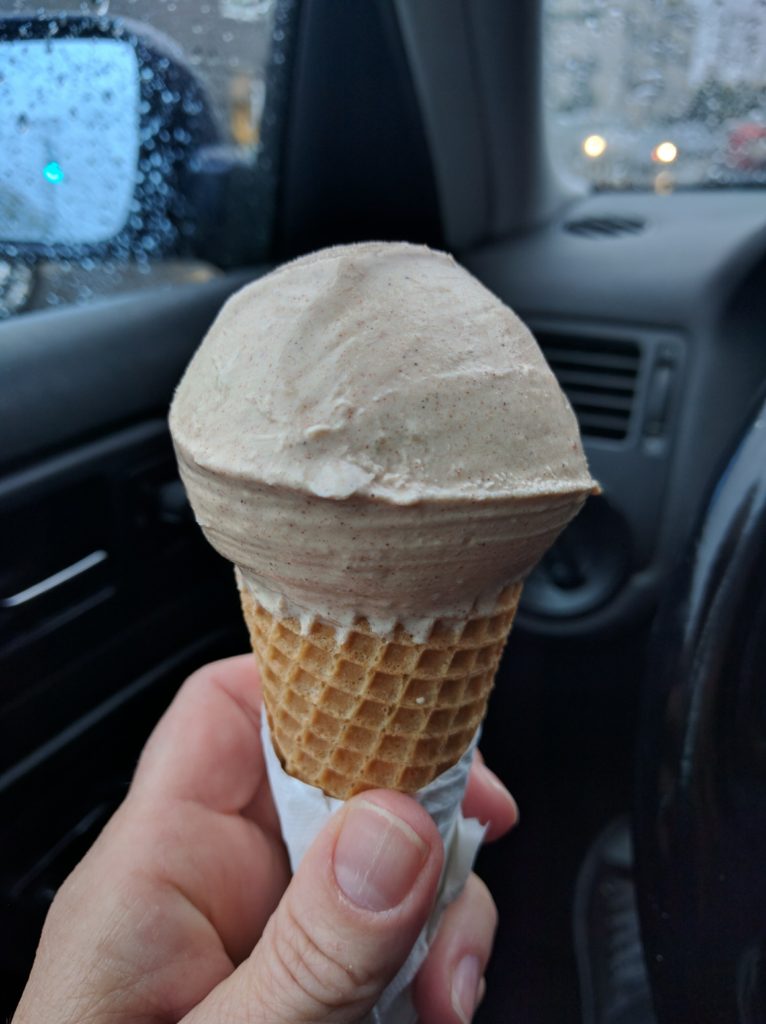 Of course, it might be that we got lucky because it was pouring down rain. Timing is everything, isn’t it?

I still miss her like crazy, but I’m getting used to the new normal. The grieving isn’t so much a howling these days as it is a quiet voice that startles me at odd moments. It’s more hollow than full, more yearning than demanding. It’s a companion whose presence I can yield to.

It’s nice to feel the season changing, a turning toward a different state of being. We had that glorious rain this weekend, and I unwrapped a puzzle that’s been wrapped in plastic on the living room table since July. We made chicken soup. I haven’t done anything in my studio, but I begin a writing class this week. It will be good to be forced to exercise those muscles with some like-minded people.

It’s nice to be looking up again. 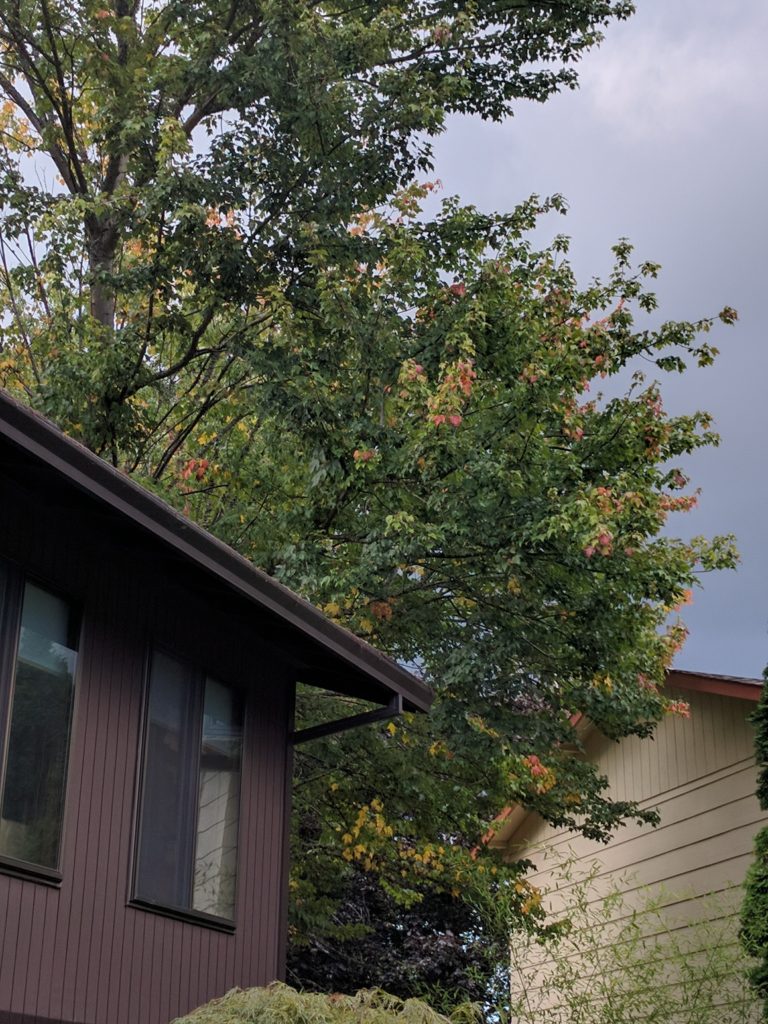 This seems like a fitting view for these days. A moody mix of cloud and shadow and shots of color.

PS: You might notice that things look a bit different here. Messing with blog design is something I do when I’m feeling at odds with the blog. And blocked. I also revise the About page.

10 thoughts on “Falling up”