Near the end of last year, an old friend told me that she had come to consider the raising of her daughter her life’s work. I thought of that two Saturdays ago, as questions of raising children and “life’s work” swirled all around me. 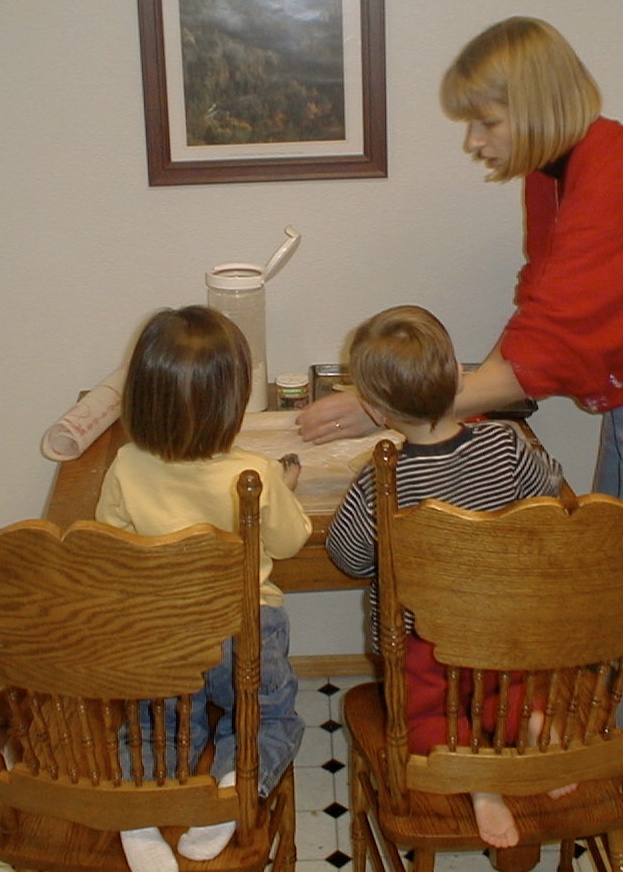 That day was my children’s 18th birthday. It was the day I accompanied my daughter to a university that prides itself on helping its students discover their vocation, the thing they were put on earth to do to make it a better place. It was the day I went way outside my comfort zone to audition for the Portland show of Listen to Your Mother, sharing a version of a post I published here last fall.

This is a space where I explore creativity, and I can think of no more creative work I’ve engaged in than raising my children. I’ve only fairly recently realized that I’ve answered the “What do you want to be when you grow up?” question, and that what I’ve most been is a mother–not a teacher, not a writer. I recently encountered a highly accomplished educator who has achieved more in a short career than I ever will (as an educator), and when I learned that she has young children, I was fairly astonished. I realized that I took myself out of the running for such things as soon as my children were born. I stopped considering anything that would take me out of the house in the evenings or that would require me to work in the summers. It wasn’t that I felt I needed to in order to be a good mother. It was that I didn’t want to miss out on mothering, and I was fortunate that I was able to make the choices I did. 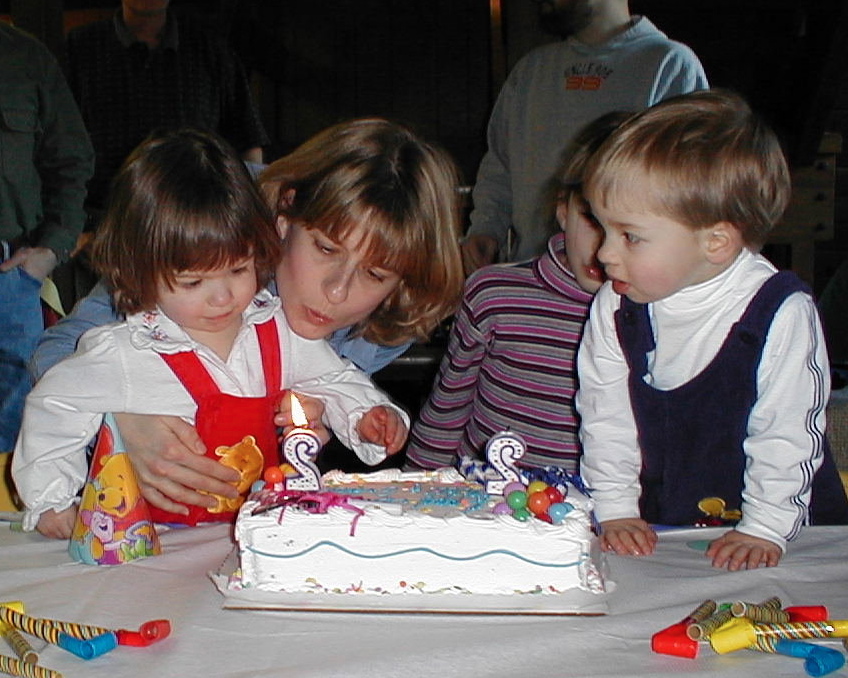 So, to spend the 18th birthday of my babies with one of them at a university she may be living at a mere 6 months from now, and to travel from there to an audition to share my voice with a larger audience than I’ve ever shared it with before all felt poetically fitting.

I am in the midst of a most uncomfortable time. Part of me is so profoundly sad that my time of daily, active mothering is coming to an end. Nothing has brought me greater joy or fulfillment. Part of me is profoundly weary from daily, active mothering (which I’ve been doing for 21 years, not 18), and I’m looking forward to some relief from the grind of food and laundry and driving and all the myriad tedious things that mothers do. Part of me knows that my children are ready to launch (or, at least, for the first stage of launching) and that they need me to let them go. Part of me wants to cling tightly. Part of me is mourning the loss of the role that’s filled my life for more than 20 years. Part of me is excited about what else I can do in the space that’s opening.

That is why I am so glad that on the same day my children became their own, legally independent people, I did something so affirming of the other kinds of creative work in my life. And, it seems so fitting that this new creative endeavor is so closely connected to the one that has most defined me:  mothering. 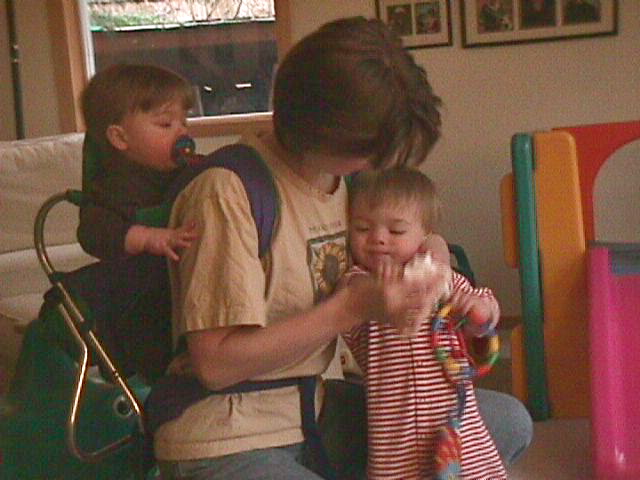 I’m so happy (and thrilled and terrified) to share that I get to be in the Portland show of Listen to Your Mother, a venue in which mother-writers share their words on stage. Like everything right now, this is a mixed experience. I’m excited and scared. I’m filled with both anticipation and dread. I know it’s a good thing that will lead to good growth, but it feels super-uncomfortable. I’ve done poetry readings in the past (although it’s probably been a good 7 years or so since I’ve done that), but those were small audiences in intimate venues. This will be a large audience, on a stage, with lights shining in my face and no one facing the audience but me.

I know I’m going to need to take my cue (and some courage) from my daughter. Just about a year ago, I watched her take the stage to run for a statewide position in a student organization. She was alone on a stage, with lights shining in her face, facing an audience of several thousand of her peers.

She was amazing. Poised, articulate, funny, and powerful. She nailed that speech (and went on to win a national office just a few months after that, after making another one). And you know what? If I can raise a daughter who can do that, I’m pretty sure I can hold my own on a stage, too. 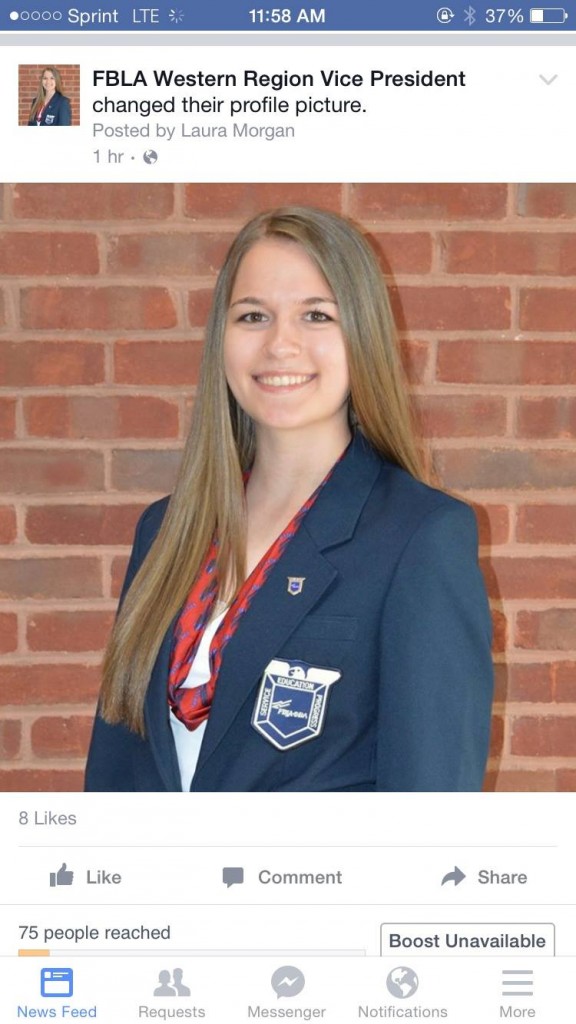 I think, perhaps, we do our children a real disservice when we ask them what they want to be when they grow up. Such a question implies that there will be a stage at which we arrive, when we become the thing we are meant to be, when our vocation is realized. Maybe it is like that for some people, but for me I think it was never meant to be that way. I think that what I’m going to be when I grow up is a question I am still answering, and that, even though I can’t always see it clearly, all the things I do are part of a unified pattern. I think the universe threw me a little birth day gift on Saturday, let me glimpse for a few moments the interweaving of all the threads. I still can’t clearly see the pattern of the fabric, but I’m going to keep weaving anyway, joining strands of experience into the whole cloth of my life.

It’s been a wild ride. And it’s not over yet.