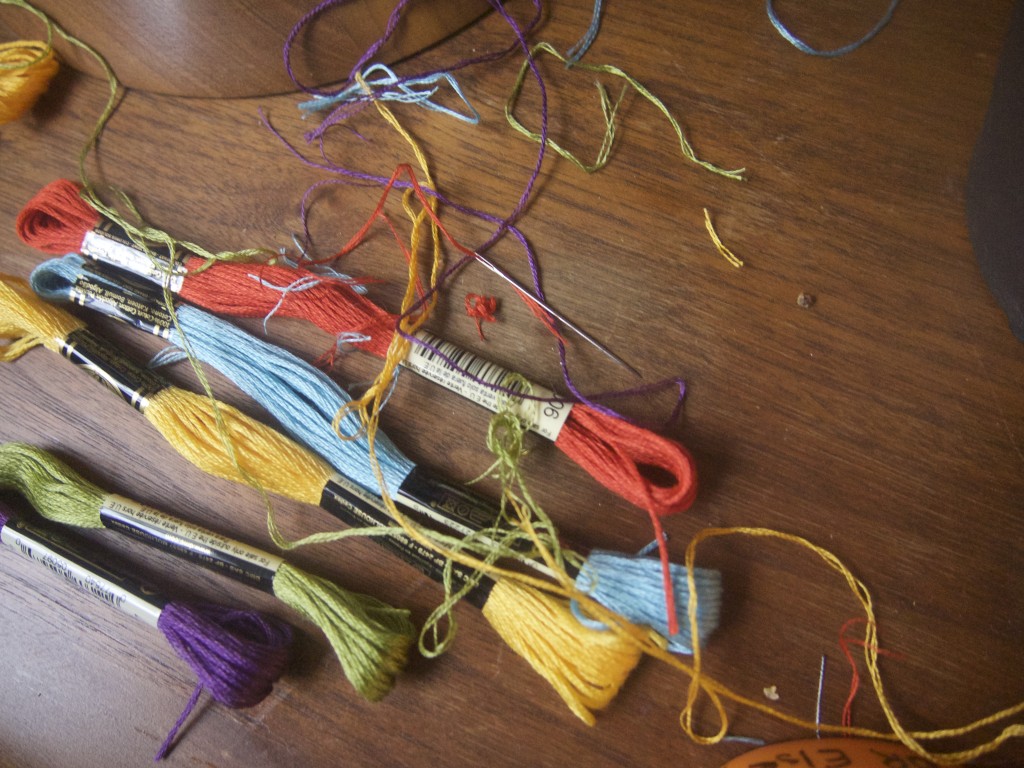 Friday morning I woke up to a spinning bed. I’ve had bouts of vertigo before, and this was a bad one. My initial reaction–once I got the bed to stop rocking–was to be ticked off. For the first time in weeks, I’d gotten to Friday with no migraine. I’d gotten so much done, and I was eager to finish a project I’d left at work Thursday afternoon.

By mid-day with no relief, I called an advice nurse. Her advice:  “Try to move your head as little as possible this weekend, and see where you are at the end of it.”

At first, I was more ticked. And then I decided to surrender to it. Because, really:  What was the point of fighting it? It wasn’t going to change anything. I couldn’t move anything without feeling pretty awful, and there was nothing I could do about it.

Friday I got nothing done, but by Saturday afternoon I was able to move a bit more, enough to get the squares cut out for my napkin project.  I wanted to get that done so I would have scraps to experiment with. 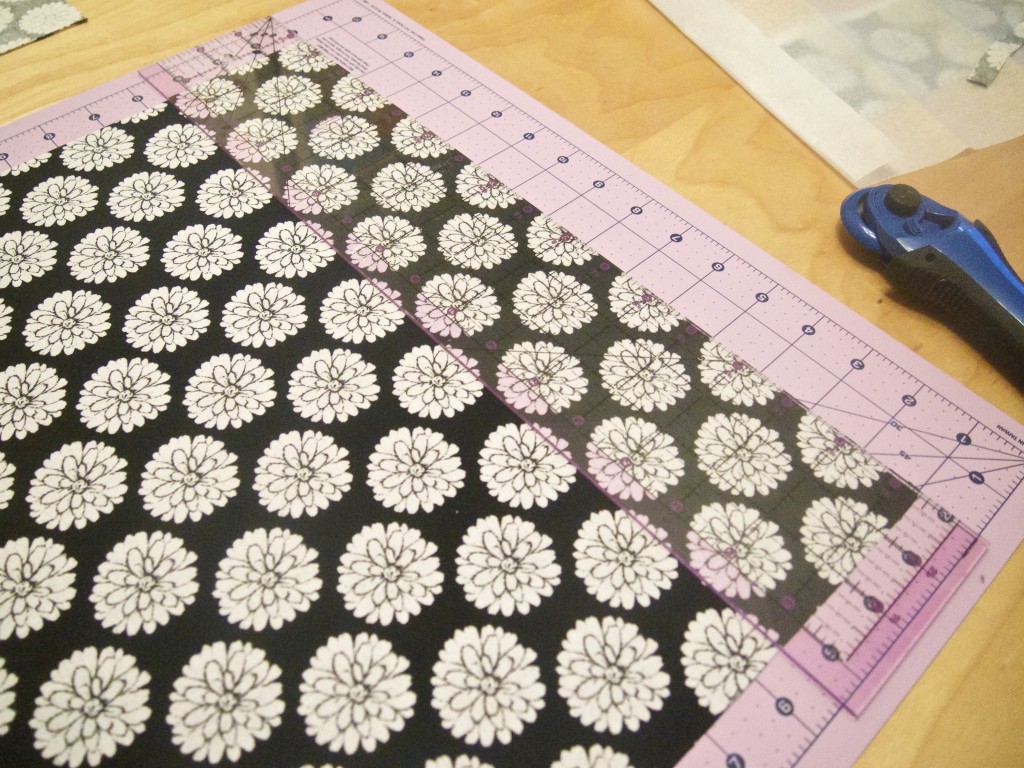 I spent Saturday night with Netflix, some fabric scraps, and a needle. I had permission to sit and keep my head still, which was permission to work on this project. It was kind of a lose-win situation.

I got such great suggestions from your comments to the last post, and I decided to see what some of those ideas might look like when executed.

First I tried outlining a whole flower with one color: 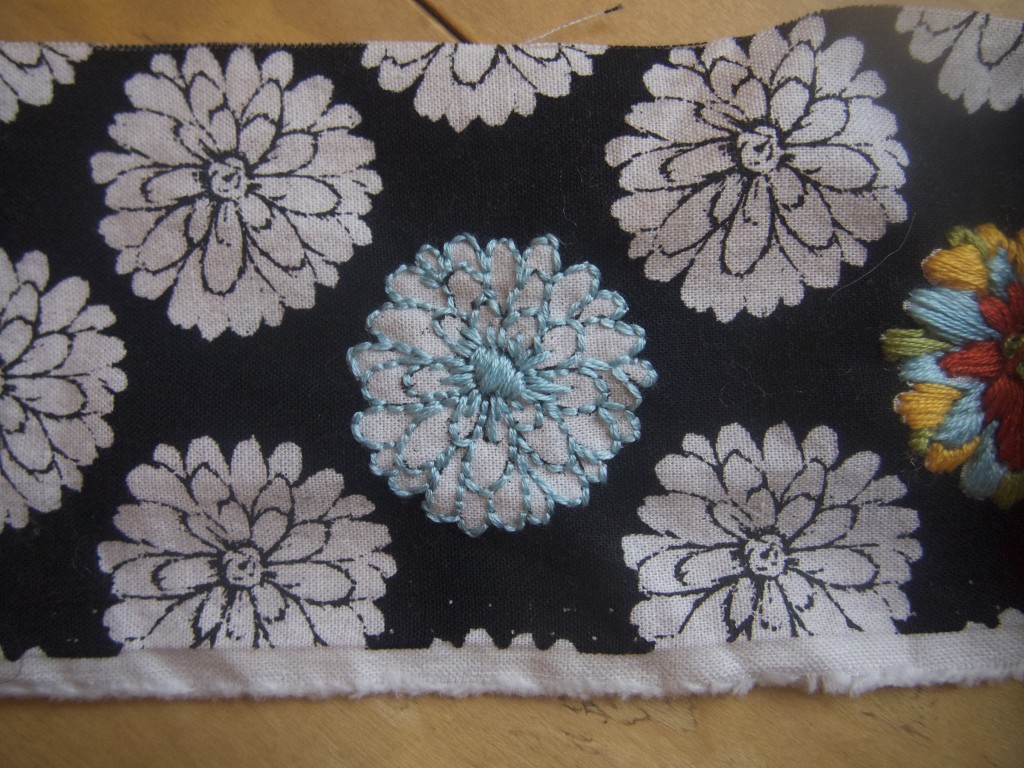 And then I tried a few more other things: 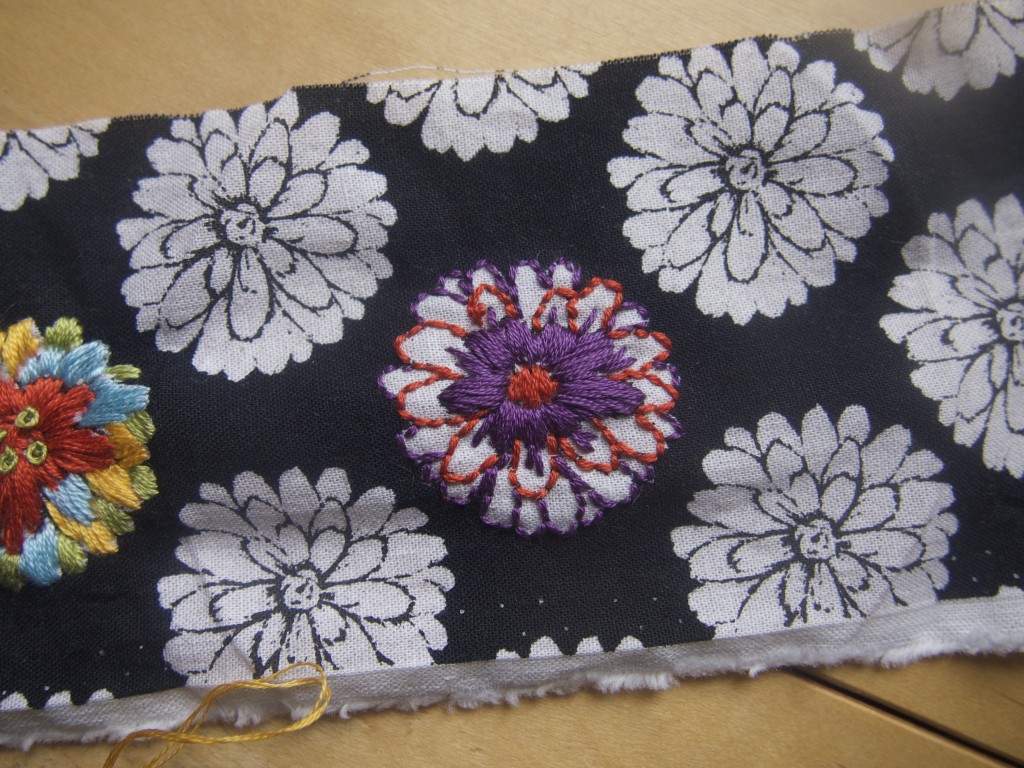 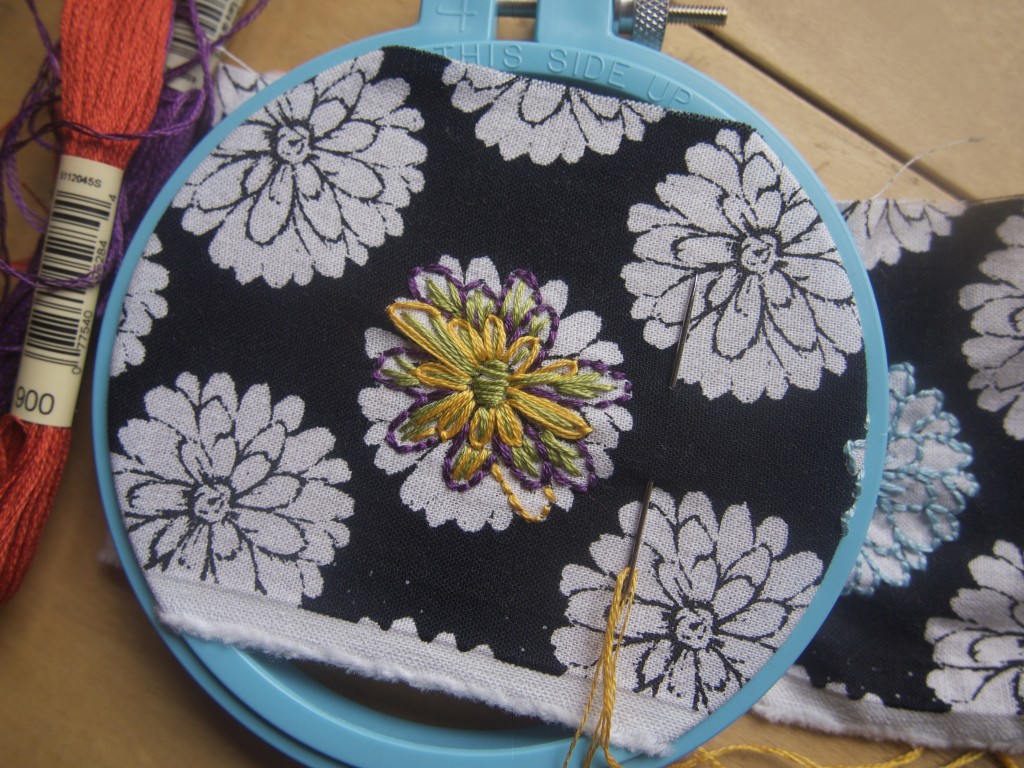 I’ve used only a few basic stitches–mostly back stitch and satin stitch, but also some lazy daisy (directly above) and even some French knots! (I suck at French knots and I’m only batting about .500 on them, but you can see that I got a few into the center of the flower I did in solid satin stitch in the photo above this last one.)

I’m still not sure what I’m going to do on the napkins. I’d probably like the look of doing much of it all in one color, and then having just one colorful flower per napkin. Problem is, that would be much more boring to make than having a wide variety of designs.

There’s also the matter of time. I think it took me 2 movies and several episodes of Friday Night Lights to get through just these 4 flowers. Part of that pace was the fuzziness of my head and figuring things out for the first time, but still:  I need to be real about how much time it will take to do these. 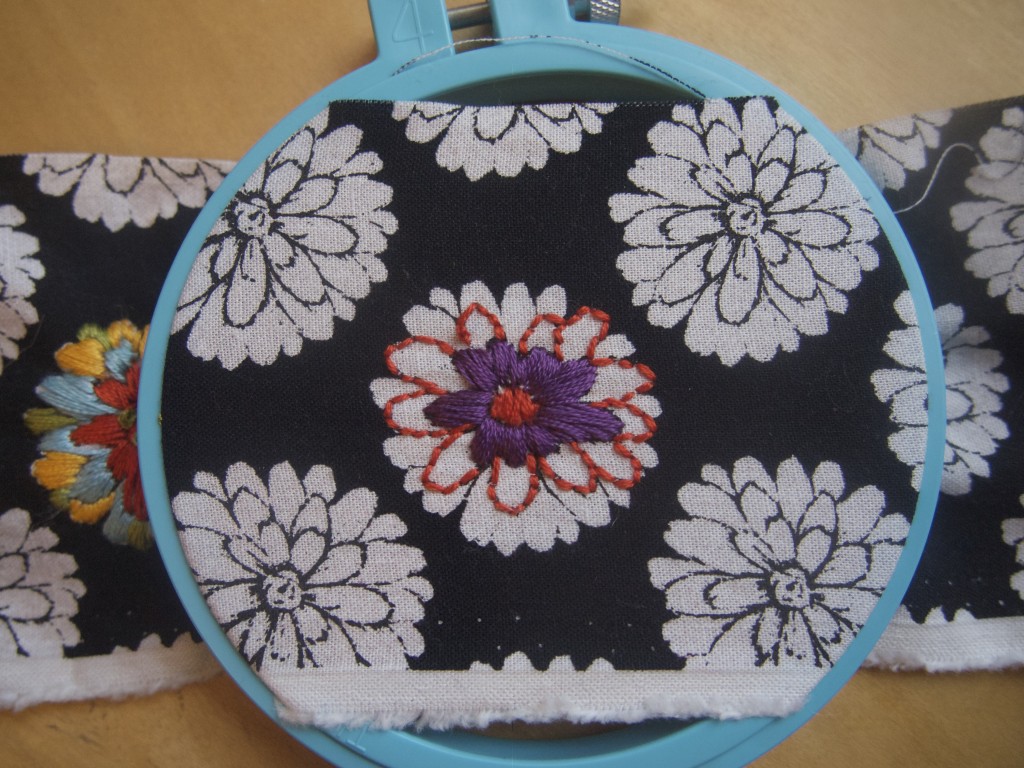 And I could go more minimalist by not stitching the whole flower. I kinda like this as is.

It would be great to make design decisions purely from what would look best, but I think that rarely happens. Design is always part aesthetics/function, but it’s almost always part resources and process, too. What materials can we get/afford? What are we willing to do with them?

I’ll be heading back to work for part of tomorrow, and I might not get back to this for a few days. That’s good, I think. Some cooling off time is always good in any creative project. Gives things a chance to simmer. I’m grateful for the time to immerse myself in this, but also grateful that the bed has stopped spinning every time I turn over in it. 🙂

If anyone wants to chime in with opinions about the flowers above–or the project in general–I’d love to hear them.

21 thoughts on “The upside of getting knocked down”