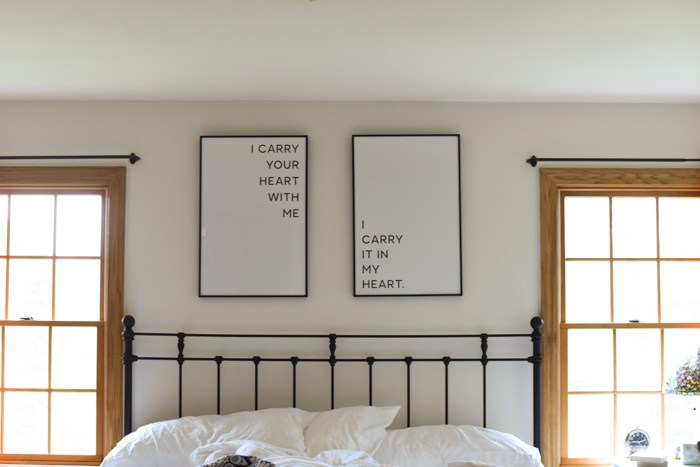 Anne Lamott rather famously wrote, ““You own everything that happened to you. Tell your stories. If people wanted you to write warmly about them, they should have behaved better.” Which sounds so good, doesn’t it? So empowering and simple and sure. It implies such clear lines–between your stories and mine, warm writing and cold, good behavior and bad.

Would that this were true.

I recently published a story on this blog about a reunion with an old, cherished friend, T., one I’ve seen only a few times in the past 25 years, in which I shared some of our past behavior. I asked her if she was OK with me publishing it and she said yes, but then her feelings changed.

Her shift puzzled me, and it left me feeling that perhaps our friendship wasn’t what I thought it was, or that I don’t know my friend as well as I think I do.

“Of course you don’t,” my therapist said, when I talked about this with him. “You haven’t really known her for 25 years. Are you the same person you were 25 years ago?”

“No,” I said. “But also yes.” His eyebrows raised. (I suspect my therapist and Anne might get on splendidly.)

I took the post down–which I had offered to do before T.’s feelings changed (or before she felt able to express them to me, or before she really knew them–whichever is the truth of what happened for her)–but it bothered me some to do so, and the bothering’s been niggling at me.

I’ve been trying to write about it for days bordering on weeks now, and I can’t seem to get it right, to pin down what the story of this story really is, what’s at the root of the bother and niggle.

Somewhere in the midst of wondering and writing and pondering, my blogging friend Kate shared the image at the top of this post. It sent me to the whole of the e.e. cummings poem the words in the photo are from, and in them I found a bit of an answer to at least part of the question:

(anywhere
i go you go,my dear;and whatever is done
by only me is your doing,my darling)

In the “you” of the poem I saw not some other person, some lover, but the girl I was once was. The person I was when T. and I were young is a person I’ve had to work hard to love. I spent years trying to kill her, as if eradication were the only path to redemption. I didn’t understand, then, the truths that the poem reminds me of, now:  That anywhere I go, she goes, too, forever. That whatever I have done or will do will always be, in some ways, her doing. That I will always carry her heart within my heart. That if she was not worthy of love then, then I am not, now–because I am still her, and she is me.

Not long after I read the poem, my daughter sent me a text: “If you can’t hold love for something and critique it at the same time, you’ll never be able to love anything.” It was about an entirely unrelated matter, but everything is connected, isn’t it? It was another breadcrumb on the trail.

A few days later, another story-teller, Maria Popova, pointed me to another poem, “Love After Love,” by Derek Walcott, whose words revealed more of the story:

The time will come
when, with elation,
you will greet yourself arriving
at your own door, in your own mirror,
and each will smile at the other’s welcome,

and say, sit here. Eat.
You will love again the stranger who was your self.

Walcott’s words helped me see that when T. arrived at my door and time telescoped and I felt a rush of familiar intimacy, as if we were still to each other what we’d once been, it was, in some sense, as if I were greeting myself arriving at my own door–that young self, the one I’d spent so many years feeling ashamed of and trying to erase–and I was nothing but elated to see her. As T. and I talked and laughed and reminisced about who we’d been and what we’d done and how those things impacted the lives we’re living today, I felt full of love not only for my friend–who she was then and who she is now–but also for the stranger who was myself. She was just a girl doing the best she could with what she knew. She was not, as I once thought, weak. She and her friend were stronger than we knew, in part because of our love of and for each other, a love that remains intact over the long distance of a life lived mostly apart. A love that was true, as I strived (but so often failed) to be. A love that holds within it the possibility of another blooming, now that we are again, as we once were in adolescence, in the midst of re-imagining and re-creating our lives.

It was all such a gift–the familiarity, the insight, the love, the hope, even–yes–the redemption–all wrapped in the package of an afternoon visit. It was a gift I wanted to share. So I told the story of it.

There is so much I don’t know. Where are the lines between my stories and those of the people I love? Which stories are ours to tell, and which are not?  How can I know if I’ve told the story right, if I’ve told it true? I suppose I’ll figure the answers out eventually–or I won’t–but what I do know is this:

I am a writer.

No matter what the events–the facts–of any of my stories are and who they most belong to, what I am telling, always, is my story, and I’m always telling the same one:  the story of figuring out how to love myself and all the other flawed humans on this planet (by which I mean, everyone). I do it with the hope that my stories of learning how to love will in some way build the same capacity in whoever reads them–the same way reading other peoples’ stories has built that capacity in me. I do it with faith that this is one of the ways to save the world.

It is my life’s work, loving this way.

I’m sure that sometimes I’ll continue to get it wrong. I am still the girl who is doing the best she can with what she knows. (Isn’t that all any of us are?) No one has silenced me more than me, and I can see now that asking myself not to write has been like asking me not to love, not to be.

And I want to live.