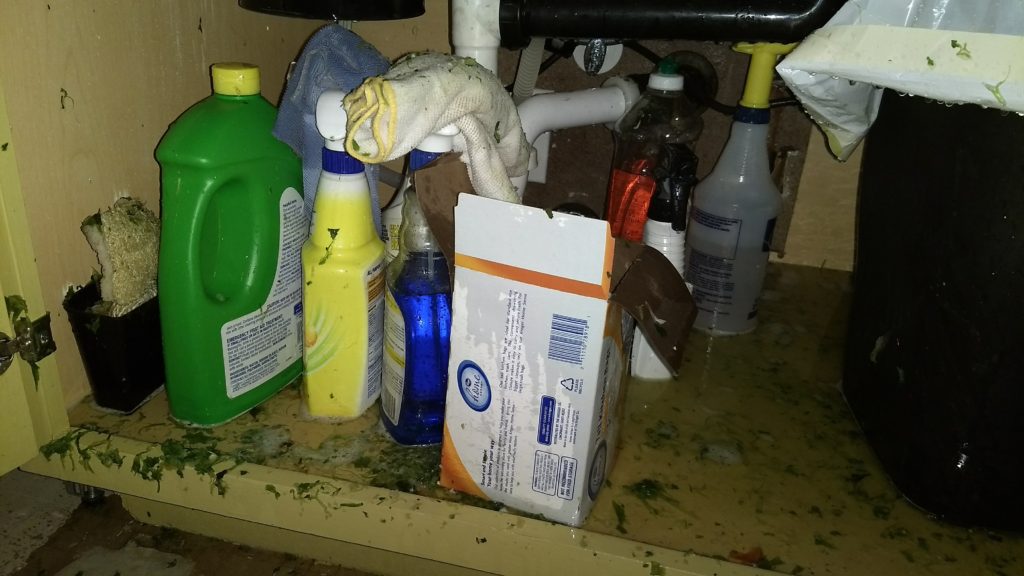 The world offered up to me a week of minor insults–an emergency trip to the vet, a date that didn’t go as planned, a several-days migraine, a nasty email, a flat tire, ridiculous lines at the fabric store, a work meeting on Saturday morning, and a broken disposal on Saturday night that spewed water, cilantro, and various other semi-rotten vegetables all over the inside of the under-the-sink cabinet.

By which I mean (yes, of course) multitudes of people without food, water, homes, power–but also, everything wrong in our country right now that’s wrapped up in the reasons for Puerto Rico and that’s come out in all kinds of other ways over the past week. You know:  racism, corrupt/inept leadership, seemingly willful ignorance, our ability to be distracted and divided by lesser things, and–maybe most of all–our collective weariness and inability to be truly surprised/shocked by anything that’s going down any more. (Or is that just me? )

I found myself so longing to return to a time when I could feel free to share on Facebook the petty slings and arrows flying my way and gather sympathy in response. I did indulge in sharing a pic of the flat tire, but later that night when I thought about sharing the garbage disposal mess, it just didn’t seem like the thing to do. Because:  Puerto Rico. 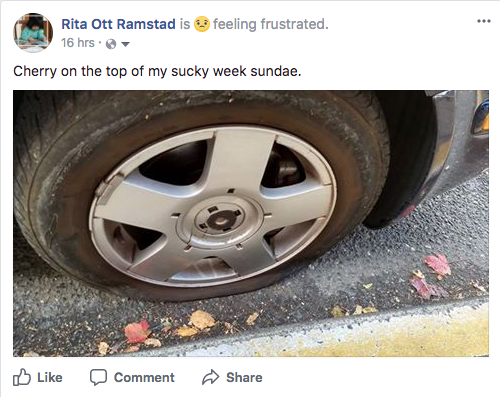 I mean, how can I complain about the things bringing me down when I have food, water, shelter, and power? When I am not the target of so much that is wrong right now? When my problems, literally, would not exist if I didn’t enjoy the privileges I do?

I heard from three different friends this week that all their friends seemed to be having a particularly bad week. But it’s not a full moon and Mercury’s not in retrograde until December 3. Remember when that’s the kind of reason people looked for when it seemed like everyone was having a kinda hard time all at the same time?

What you get when you Google “is mercury in retrograde”

I know part of the reason I started crying when the vet asked, “So, how are we doing this morning?” was that I was afraid she was going to tell me that we’d have to put Daisy down and it would mean I am a shitty dog owner for letting things get so bad, and I could feel the migraine coming back for the third day, and I didn’t know how I was going to get done for work the things I’d promised to get done (I didn’t), but I think it was all of those things and Puerto Rico.

Daisy is one of the two canines living in my home that one of my children refers to as “your divorce guilt dogs.” The label is not entirely unfair. I hope I didn’t say to the child something like, “We’re going to totally disrupt your life and make you live in two different places (thereby no longer having one real home), but hey! Now you can have the dog you’ve long wanted!” but I can see how this child might have heard it that way. 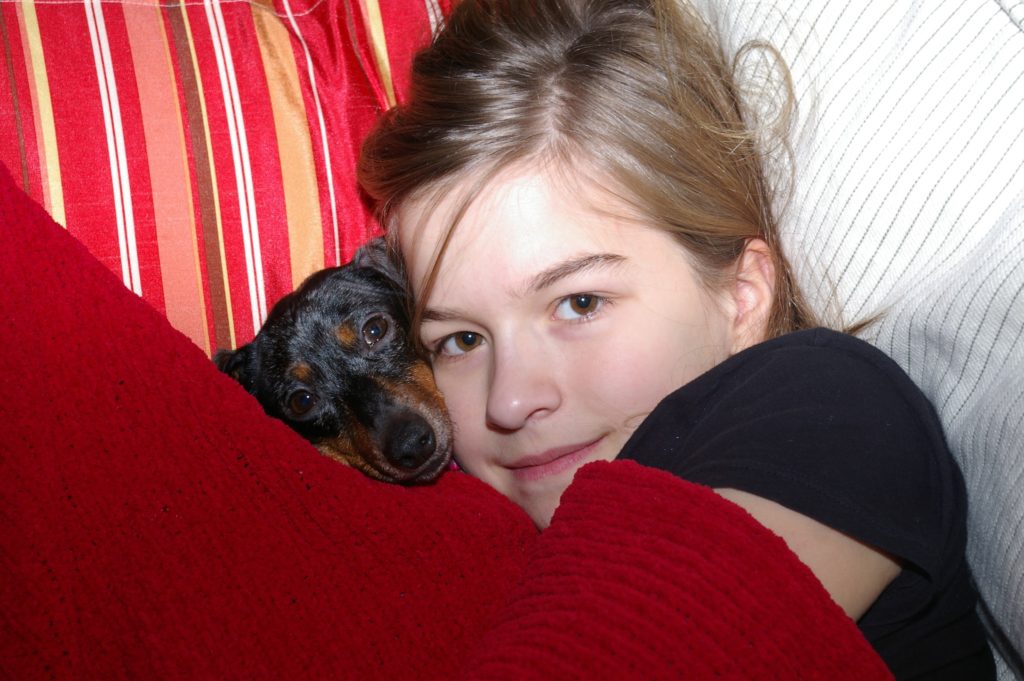 I’m glad she didn’t see that I also wanted those dogs because I knew I was going to need a reason to come home on dark winter nights when there would be no homework to supervise and no squabbles to referee and no one to care if “dinner” was an entire box of Kraft macaroni and cheese eaten straight from a saucepan.

Daisy and her compatriot Rocky aren’t particularly good dogs. Because they pee and shit at will in our house despite my many attempts to persuade them to do otherwise, we’ve had to remove all the carpet from our home. (The other child and I once created a parody of the Commodores’ “Brick House” about Daisy, which opened with, “Oh, she’s a bad dog / She’s mighty naughty, just poopin’ all over the house.” ) Because they are Dachshunds, they’ve cost me thousands of dollars in dental surgery. Because I somehow didn’t believe what I read in the nano-seconds of research I did before bringing them home that told me such dogs are notoriously difficult to housebreak and and are prone to bad teeth, I have been surprised by these things.  In addition, Daisy lets us know pretty regularly that she doesn’t really give any fucks about a lot of things we care about. Like not whining all through dinner, or not eating Rocky’s poop, or coming when we call her and she is looking right at us. 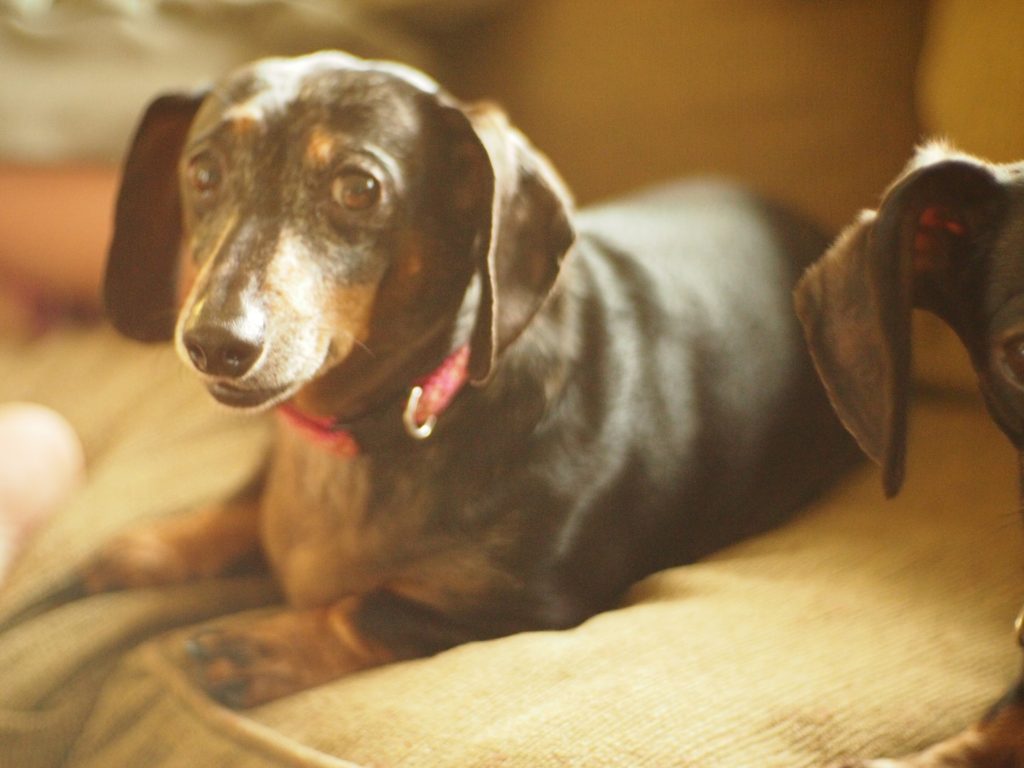 I love her anyway.

She doesn’t do a lot of the things I’d like her to do, but she’s ours. The song-writing child, not long after I’d moved to a house filled with mis-matched things cobbled together from garage sales, thrift stores, and craigslist, once looked around and said with disgust, “Everything in this house is used. Even our dogs are used!”

It was true. I found them on craigslist, and Daisy wasn’t mine from the beginning, but she’s mine now. I love her, and despite the fact that she disappoints me on a regular basis and has never been quite the dog I envisioned for my children or myself, she’s the dog we have and dammit, I don’t want her to die. Not yet.

When I let one of the children know that I for-sure wouldn’t be coming for a maybe-visit in November because I’ll be paying for doggie dental surgery instead, even though the lower portion of Daisy’s jaw has so deteriorated that it has detached from the upper and cannot be repaired, she asked me, kindly, when I’d know it was time to let go.

I don’t really know, but not yet. I mean, yes, she’s just a dog–but she is also love and hope and dreams and history. Not unlike my country, which I love in ways not unlike the ways I love my dog and my kids:  Imperfectly, irrationally, deeply, unconditionally.

Even when it’s been a bad week. Even though Puerto Rico. 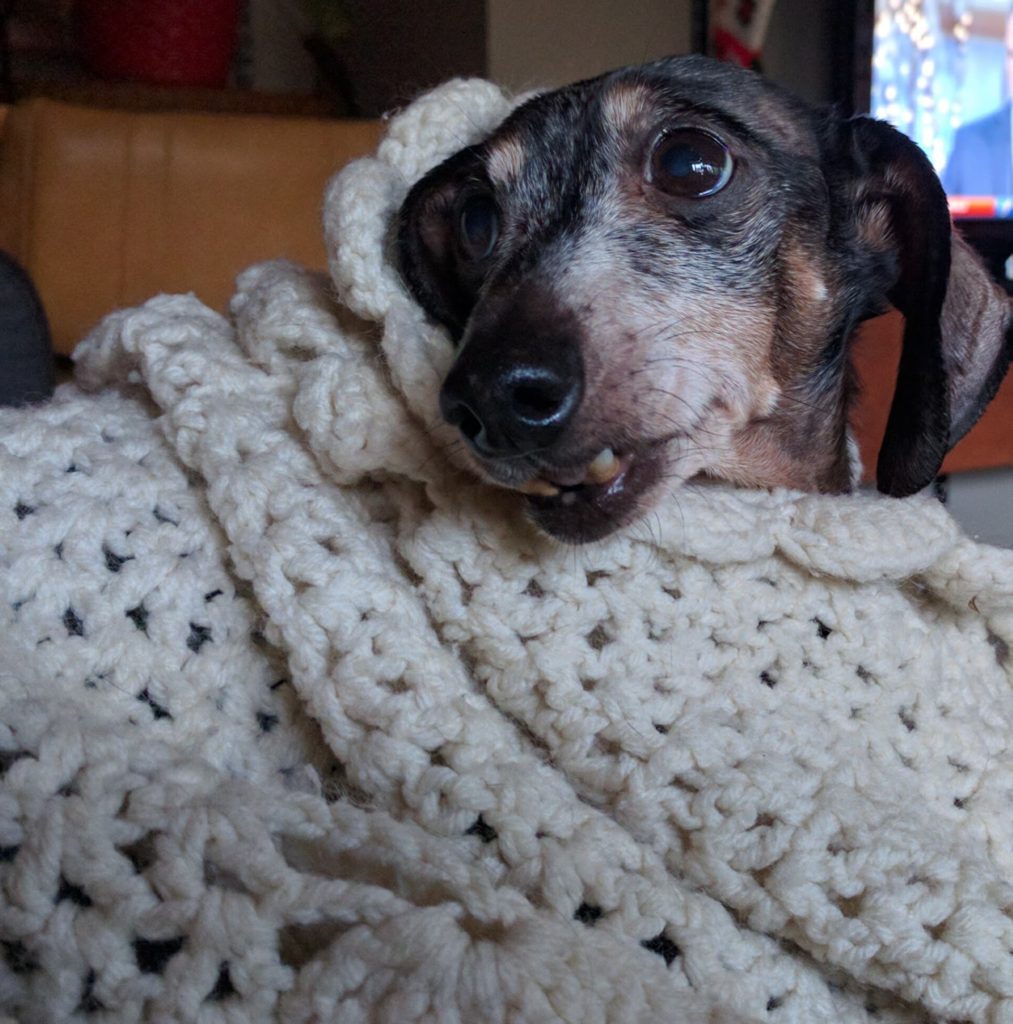