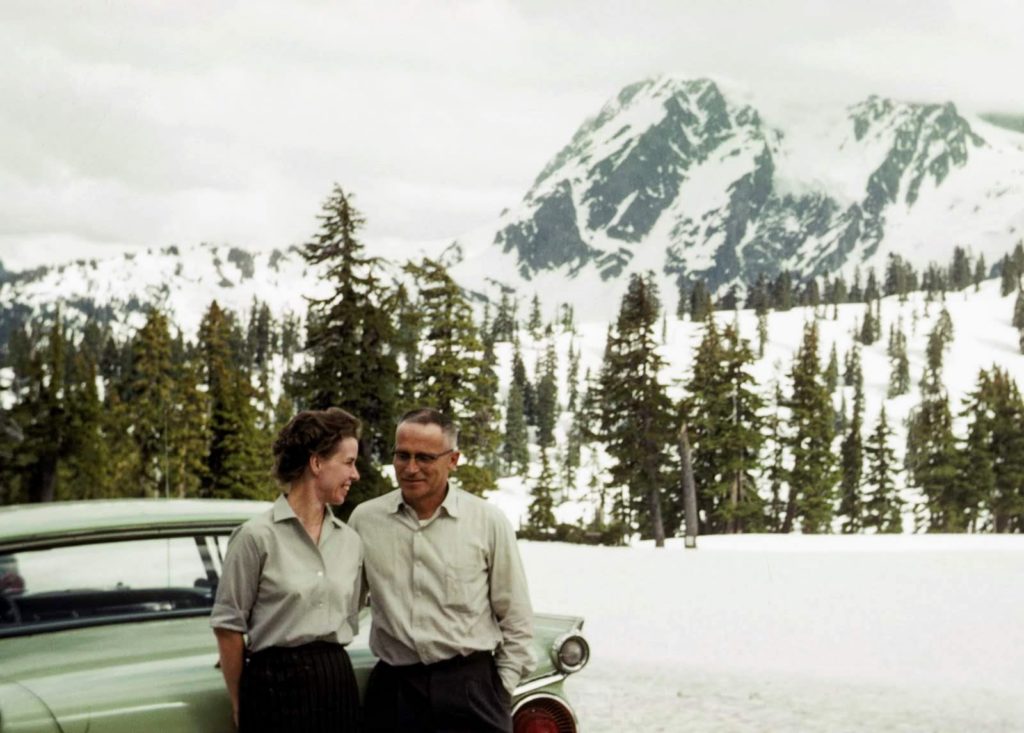 My grandfather died in 2003, and if it were true that time heals all wounds his death is one I should be long recovered from, but I’m not. The missing waxes and wanes, but it is never entirely absent. This month, this year, I have missed him more than at any time since he left us.

We seem to be having quite a conversation about men recently, and perhaps that is part of why I am missing him. He was one of the best men I’ve known. My grandfather was, in many ways, a guy’s guy. I’ve seen photos of the strong young man he once was, and I know there was some turbulence in his youth. I know he had no trouble holding his own, at any time in his life. He was a tough man who spent his life doing physical labor, but he was also a gentle man who wrote poems to his grand-daughter: 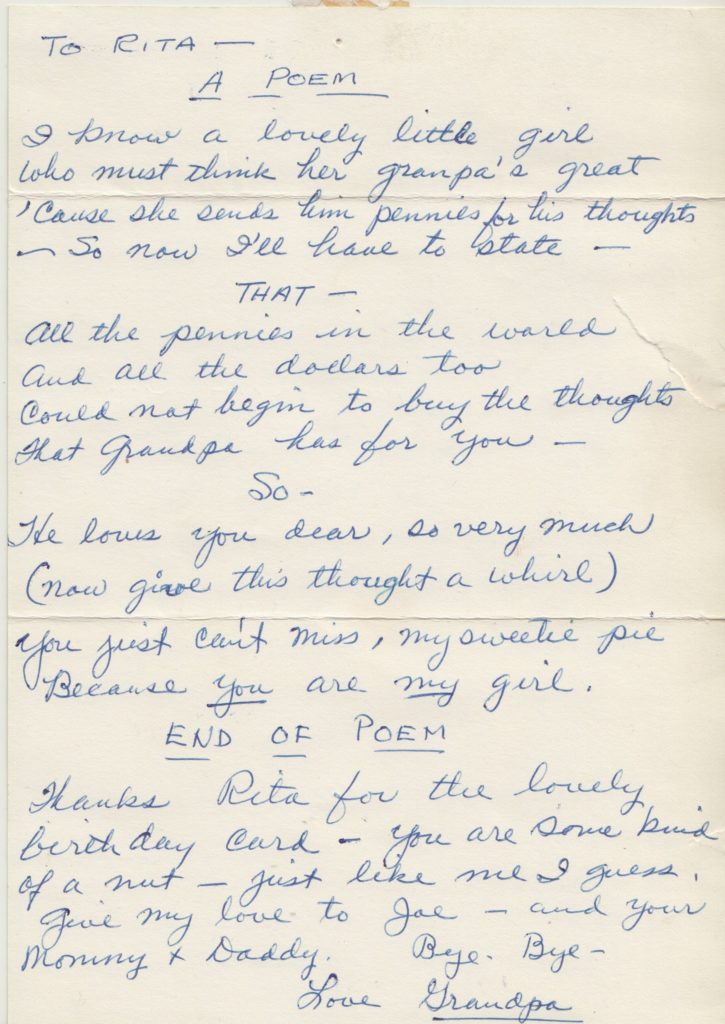 Because his father, an immigrant from Germany, died in a construction accident when my grandfather was still a teen-ager, he was not able to pursue a formal education as he would have liked to. Instead, he became a machinist and welder and served our country working in the Bremerton shipyards during the second world war. Later, he owned his own small business, Ott’s Welding and Machine Works. He was a lifelong Republican and a devout Catholic. He was also the person who taught me about the injustices committed upon native people and black Americans. He hated Hitler and the tactics he’d used to gain and keep power. One of his favorite sayings was, “I may not agree with what you say, but I will defend to the death your right to say it.” This, during an era of so much protest against actions with which he likely agreed.

He also taught me much about how men should treat girls and women. I remember only one time in which his anger was directed at me. I made a face at the asparagus my grandmother had made for dinner, and both the words and tone of his rebuke were sharp. Later, he apologized for the sharpness and explained what had made him angry. He did not want to see my grandmother’s work disrespected. He adored her and viewed her as his partner in their business and home. They were always a team.

As I became a young adult and developed my own political views, we both became aware that mine were different from his. That never changed our relationship. We knew that despite our different ideas about how to achieve the kind of America we wanted, what we wanted was the same: a country with equal opportunities for everyone, in which who you are matters less than what you do. He taught me that it is important to play by the rules and to play fair. To be honorable and to have integrity. He never suggested, in words or actions, that I mattered less than anyone else because I’m female, or that any person mattered less than another because of their skin color. Those were not his political values, they were his human values, and he imparted them to me.

I know that many of the ideas and beliefs I had for decades about what our country is and how it works were, at best, incomplete.  I know there are things he never saw or knew about what has created and denied opportunities for all of us, but that doesn’t change the goodness he embodied. I miss him, and I miss living in a country where I felt confident that most people wanted those same things for everyone that both he and I wanted for them. Where I believed that our systems were strong enough to protect us from those who did not.

I know that my grief and sadness and feelings of loss for the man my grandfather was are all mixed up with those I have about losing the beliefs I once had about my country. The country he taught me to believe in because he thought it was what I know he was:  decent, fair, just, humane. What I wouldn’t give to be able to talk with him again, and to feel about all of my countrymen what I once felt about and for them. To believe in them–in us–the way I still believe in him and what he stood for.