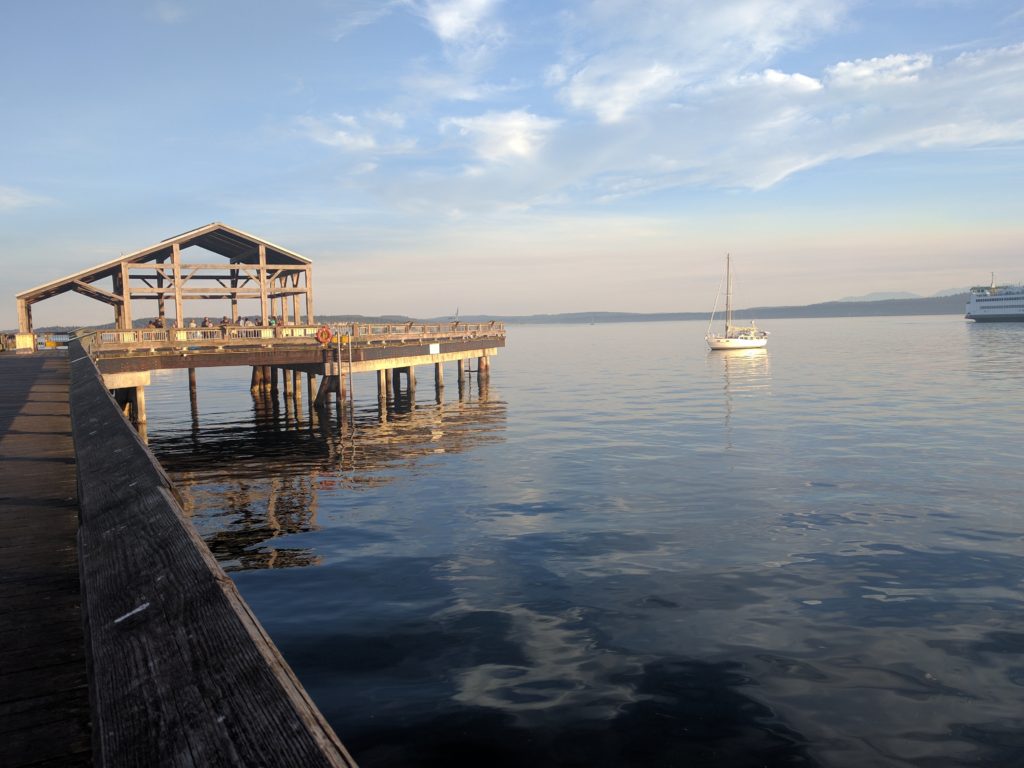 Over the past few weeks, promises that once tethered me to the dock of my life have been released, and I’ve found myself flailingtreadingchurningdrifting through open water–a place that, at this age, I never expected to be. A place I never wanted to be. Still, here I am.

Some people, when they find themselves unmoored, seek grounding in a church. Me, I go to the library.

It has been a long, long time since I’ve believed in the Catholic god of my childhood. The other day in the car, as I listened to the litany of suffering and suffering-to-be that is every newscast now,  I realized that I find much more solace in the idea that there is no god controlling what happens to us. Such a god would be a pretty mean bastard, it seems to me. I prefer the idea that life’s unjust cruelties occur randomly or through the will of damaged people. It feels more kind.

For me, God–if I can even call something that–has to do with love and truth and how they intertwine and grow among and between us, here on earth, a phenomenon both intangible and real that deepens life’s joys and carries us through its miseries. I find and feel it often in public libraries and schools, where we humans offer up freely to each other all that we do and know and wonder and imagine and dream. If there isn’t something holy about a space in which all can enter and seek, in the company of others, what they need to survive and understand their experiences, then I don’t know what holiness is.

So the other day, after Facebook blind-sided me with a memory of a time six years ago, not long after those promises were made, when the pleasures of my life–light, nourishment, security, love–shone through everything in my posture and face as I gazed at the person taking my photo, and I suddenly understood in a visceral way that the foundation of that life (as well as many of its pleasures) is gone, I sought shelter, answers, communion, and comfort in the library.

All those rows and rows of books, with their multitude of words capturing myriad lives through time and space, affect me the same way that mountains and oceans do:  My smallness in the face of their immensity reminds me that while my own life is everything to me, it is also, in the grand scheme of the universe, nearly nothing, a mere speck of being passing through whatever our world is, which existed long before I did and will long after I do not. In the midst of an existential crisis, this comforts me as much as my belief that the God of my childhood is a fiction.

I wandered listlessly for a bit through the new book shelves, the fiction and home repairs and self-help, even the cookbooks, searching for something I wouldn’t know I’d been seeking until I found it. It wasn’t until I drifted into a section I long ago lost faith and interest in–poetry–that anything called to me. (You know what they say about atheists and foxholes.) It was there that I found Dorianne Laux’s The Book of Men, and in that book was Staff Sgt. Metz, a character who reminded me so much of my son, “alive for now…/…in his camo gear/and buzz cut, his beautiful new/camel-colored suede boots” that I had to keep reading.

Three stanzas in, I found a version of me, too– “a girl torn between love and the idea of love”–and in that girl’s experience of hating her brother for leaving her to fight a war “no one understood,” I heard echoes of the one that has frayed to a few threads the promises I’ve been holding so tightly to, the ones I’ve had to finally admit have not been kept.

It wasn’t until the closing stanza that I found the words I didn’t know I was looking for:

“I don’t believe in anything anymore:
god, country, money or love.
All that matters to me now
is his life, the body so perfectly made,
mysterious in its workings, its oiled
and moving parts, the whole of him
standing up and raising one arm
to hail a bus, his legs pulling him forward,
and muscle and sinew and living gristle,
the countless bones of his foot trapped in his boot,
stepping off the red curb.”

Somehow–look, I don’t know how it works and trying to explain it wouldn’t–some alchemy fused these words with my questions and pain to form an understanding that might contain a seed of salvation:

Love is not, as I’ve thought for most of my life, the dock. It is the water.

How I have lived 53 years without seeing this bewilders me. Maybe, if I had understood when I was the age of Staff Sgt. Metz and that girl and my son, what was dock and what was water, I would not find myself where I am now. But maybe not. What I am learning–in truth, what I have been learning over and over again, throughout my life–is something I might not have been able to bear knowing then:  There is no permanent solid ground. We are always just one loss away from the necessity of reinvention. At any moment we could step off the red curb and into an intersection from which we can never step back.

All that matters to me now is the fleeting body of my one life, so perfectly made and mysterious in its workings. What matters is that the bones of it not be trapped, and that the whole of me stands up, and that my legs keep moving forward. 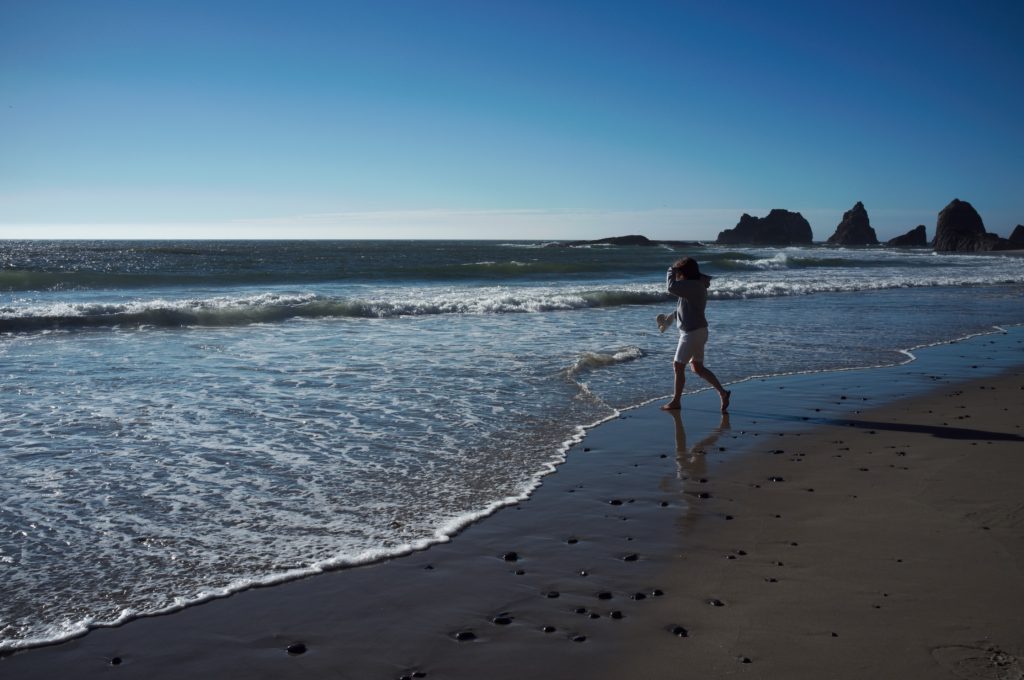 8 thoughts on “Of docks and churches and libraries and love”