My father doesn’t understand how I can keep up on current events, as I don’t watch television news and I don’t get a print newspaper at my home.

“How do you know anything that’s going on?” he asks.

I used to tell him that I got much of my news listening to NPR in the car, but that’s not true any more. I stopped sometime last winter. I’m more prone than I like to admit to feeling a little ragey behind the wheel (OK, a lot ragey), and listening to the news–even NPR news, which feels less inflammatory than any other–only exacerbated that.

I tried listening to music stations, but the inane patter of the DJs also made me ragey. And driving is boring. Or it forces me into my head in a way I’ve had a hard time tolerating in recent years. Or the internet has rewired my brain such that I can no longer peacefully endure a lack of mental stimulation. Or I have ADHD that’s getting worse. (Seriously. I just took a self-quiz. Yikes.)

For whatever reason, my old ways of being in the car just weren’t working, so I started listening to audiobooks when driving. My friend Kate recently asked me to recommend some, and over-thinker that I am I soon realized that I couldn’t do so without some tips, caveats, and explanations:

1. The narrator is everything.
If you don’t like the narrator, it doesn’t matter how good the book is. The narrator will ruin it for you. Xe Sands was one of the narrators of Chuck Wendig’s The Wanderers, and I almost returned it before I’d hardly started because her inflection drove me crazy. I finally accepted it as part of the character she was reading–it did fit her–but I sampled another book she narrated and her way of reading was exactly the same and it kept me from buying it. The other reader of the Wendig book, Dominic Hoffman, was one that I mostly liked, but he’s also now on my (Probably) Do Not Listen list. I recently finished The Starless Sea, and although there is much I love about his voice, I’ve realized from that one that I can’t stand the way he reads women. They all have a slightly British accent, and they all sound simpering and breathless, whether they are badass scientists (Wanderers) or badass otherworldly beings (Starless Sea). Which brings me to my second caveat:

2. Complex structures aren’t great for an audiobook format. The Starless Sea is comprised of 6 different recurring books with characters and plots that intersect over places and times, and time is a construct the author is playing with so the multiple narratives aren’t linear. I now want to get the print version of the book and read it; I know I missed big chunks of it because I was consuming it in bits and pieces and I couldn’t re-read. Multiple times I told myself to give up on it and return it because I was just sort of lost in it, and I got tired of so many things smelling or tasting like honey and various twee old things and things that don’t really have a scent/taste but that sound kinda literarily hip when you are told that they do, but I wasn’t sure if my irritation was really with the writing or just the challenge of taking the story in through my ears rather than my eyes. I did finish it, though. Tommy Orange’s There, There is another example of a book that might not be the best candidate for audio. It is a powerful, beautifully-written book and the audio version has fabulous readers, but it has many narrators and characters, and they re-appear throughout the story. Multiple times I wanted to be able to flip back to an earlier part of the book to remind myself of something that came before. I suppose you might be able to do that, sort of, with an audiobook, but it feels too cumbersome, even if I wasn’t driving while listening.

3. The longer the book, the better. I tried getting audiobooks from the library, but I couldn’t figure out how to make that work well for me and I’m not very motivated to because I have a Gold Monthly subscription to Audible. I pay $14.95 each month for one credit. Most books cost more than $14.95, so I get a bit of a discount by having the membership, and there are often sales and free books, as well. But, I only get the one credit a month and I’m on a self-imposed austerity plan, so I do pay attention to the length of the book. I recently finished Stephen King’s The Institute, which clocked in at just about 19 hours. That was a good, long listen, which took just about a month for me to consume. Every time a student used to choose a book based on the number of pages, it felt like a tiny piece of my soul died, but I guess I’m now that kid.

4. Fluff books and audio go together like cheap wine and cheddar cheese. Which is to say: Kinda wonderfully, especially if you’re thirsty or hungry and too tired to cook and aren’t looking for a nutritious meal. As a person who spent her formative years immersed in the worlds of Pine Valley, Port Charles, and Llanview, I am not averse to high drama, shallow characters, quick action, and a little suspense. I’m not ashamed to admit that I like a soapy, fast-paced, easy-to-follow story where all I really want to know is what happens next, especially when I’m listening while merging onto the freeway during rush hour. Some recent favorites in this category: Ruth Ware’s Death of Mrs. Westaway, Kate Morton’s The Lake House, Linda Holmes’s Evvie Drake Starts Over, Taylor Jenkins Ried’s Daisy Jones & the Six, Kristin Hannah’s The Great Alone, and any of Liane Moriarty’s books read by Caroline Lee. There are a few historical novels I’d also put in this category: Lilac Girls and The Alice Network are two recent ones I liked well enough.

5. Non-fiction can be just as good a listen as fiction. I prefer fiction. My audiobook habit is about escaping the world more than entering it, but there have been a few non-fiction titles that have a quality of story to them I really enjoyed. Favorites include Lori Gottlieb’s Maybe You Should Talk to Someone (which has a pretty strong soapy element to it), Michelle Alexander’s The New Jim Crow, and Ta-Nehisi Coates’s Between the World and Me (which is only 3 and a half hours, but so good). My hands-down favorite in this category is Michelle Obama’s Becoming, a book I resisted because it was such a thing when it was published, but it’s one of my favorites in any category. Hers is an amazing story, well-told, and I can’t imagine anyone else reading it–so I’m glad she is the narrator.

6. There is a sweet spot, but it can be hard to find. Books with easy-to-follow structures, some good drama, a little (or even a lot) of literary weight, and a narrator I like take me to it. In this category, I’d put: Elizabeth Strout’s Olive, Again, Sally Rooney’s Normal People, Tayari Jones’s An American Marriage, Kate Atkinson’s Life After Life, Jean Kwok’s Searching for Sylvie Lee, (which I almost put on the soapy list, but it’s got a bit more heft to it than the others there), Margaret Atwood’s The Handmaid’s Tale, and Celeste Ng’s Little Fires Everywhere. The only drawback with any of these is that sometimes I’d really like to savor the language a bit, or go back and re-read some passages.

But what about my dad’s concern–which is really a concern that I am somehow not paying enough attention to the world and am not aware of all that is wrong? Is my new audiobook habit just another manifestation of my privilege, a way of turning away (because I can) from engagement with the barrage of injustice and corruption that we’re all living with and through?

Maybe. But maybe not.

I’m not going to connect all the possible dots for you that are informing my thinking about this question, but I can list some other questions that I think are useful to consider as we all figure out how to consume information and be OK(er) in the world. (One more caveat: I am fully aware that in many regards, the world/my country has always been as bad as it is right now for many people. I know that my relatively recent understanding of that is a sign of the protected places I’ve occupied. In my thinking/search for coping strategies, I’ve been turning to those with much longer and deeper experience of living with/through hard things than I’ve ever had.)

Things aren’t always what they appear to be on the surface. Contrary to what my dad fears, my turn away from broadcast media and local news outlets is not a way of sticking my fingers in my ears and singing la-la-la-la-la while Rome burns. And it doesn’t mean I am uninformed; I still keep up on the news through trusted print resources whose aim is to adhere to standards of ethical journalism. Listening to audiobooks rather than broadcast news is simply one way of preserving my well-being so that I can stay aware and informed and engaged. I’m not burying my head in the sand; I’m simply recognizing that miring myself in muck isn’t going to do any more good to heal my country of its sins than wearing a hair shirt would.

So: If you have audiobook recommendations, please do share. I’m all ears.

Fuck these guys! Really. But also: Let’s all understand what they’re doing so we can stop playing into it: https://www.vox.com/policy-and-politics/2020/1/16/20991816/impeachment-trial-trump-bannon-misinformation

Evidence that both/and is more valid than either/or. You can be pissed and righteous about all that is wrong AND still be joyful. In fact, maybe that’s the best thing we can be: https://www.self.com/story/charlottesville-joy-is-resistance

This is about the relevance/importance of reading poetry, but I’d extend the ideas in this to any kind of imaginative literature: https://electricliterature.com/why-all-poems-are-political/

This is not perfect, but it’s one of the best tools we’ve got: https://www.allsides.com/media-bias/media-bias-chart

I really want more people to understand the differences between these things: https://guides.library.jhu.edu/evaluate/propaganda-vs-misinformation

This historian’s analysis of each day’s events has become indispensable to me. She posts daily on Facebook, but if you’re off FB (as we should all probably be), she also shares through a newsletter: https://heathercoxrichardson.substack.com/

This is your brain on the internet: https://www.telegraph.co.uk/technology/2019/06/06/internet-giving-us-shorter-attention-spans-worse-memories-major/

This is old-ish, but relevant: https://www.psychologytoday.com/us/blog/why-we-worry/201206/the-psychological-effects-tv-news 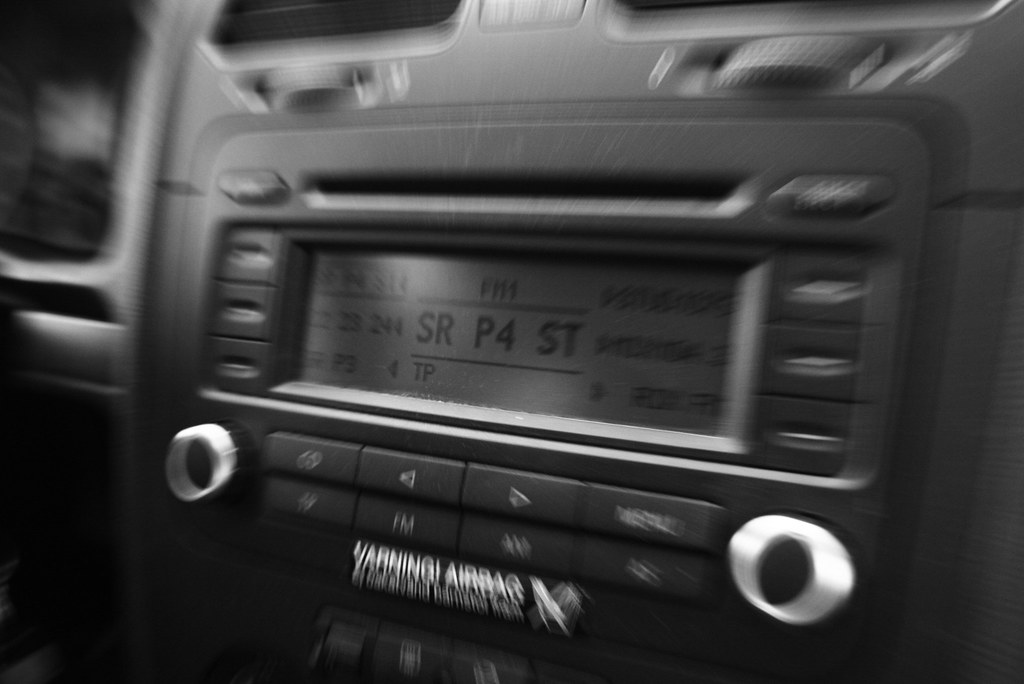 “Radio” by Under The Sun is licensed under CC BY-NC-ND 2.0