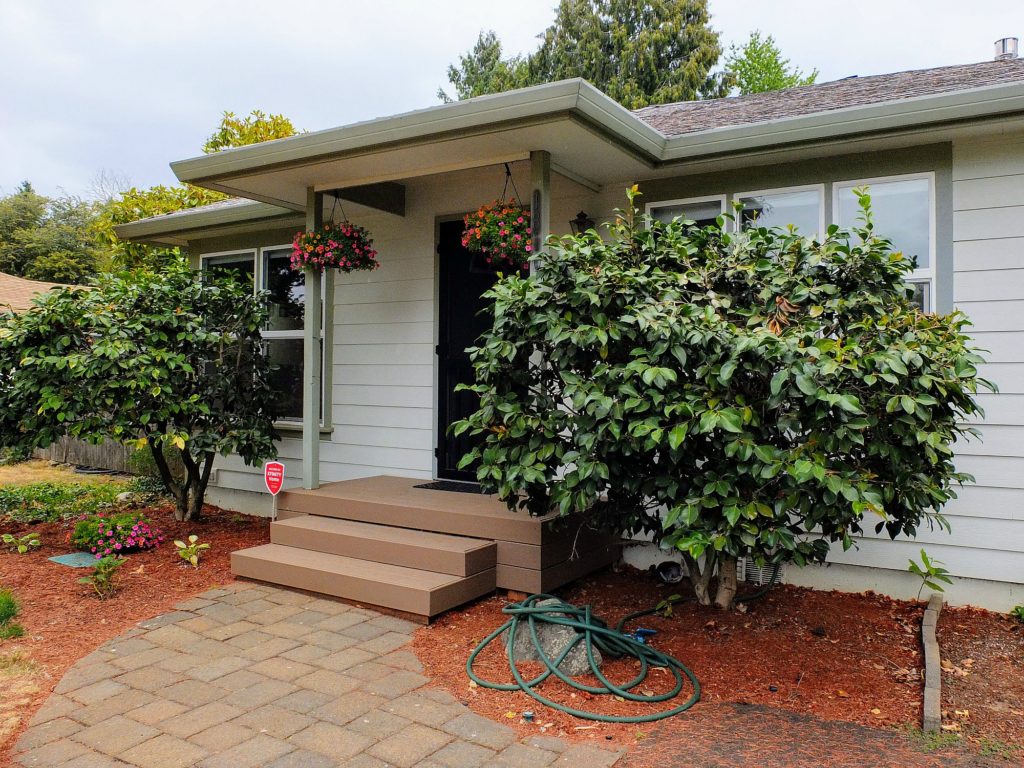 This house of mine and me, we’re not the stuff of fairy tales. I did not fall in love with her at first sight (or second or third or fourth…), and while I’m hoping we’ll live happily together I don’t think it will be ever after. (But you never know, do you? You really never know. Boy, haven’t I learned that.) Ours is a practical  union, forged by the things each of us needs and can provide the other.

We’ve been together since mid-May. I’m still not all unpacked, and the kids’ rooms were a disaster for a good two months and still aren’t functional. (But they don’t live here, so that doesn’t really matter. Hate to think how much energy I’ve wasted on things that don’t really matter.) 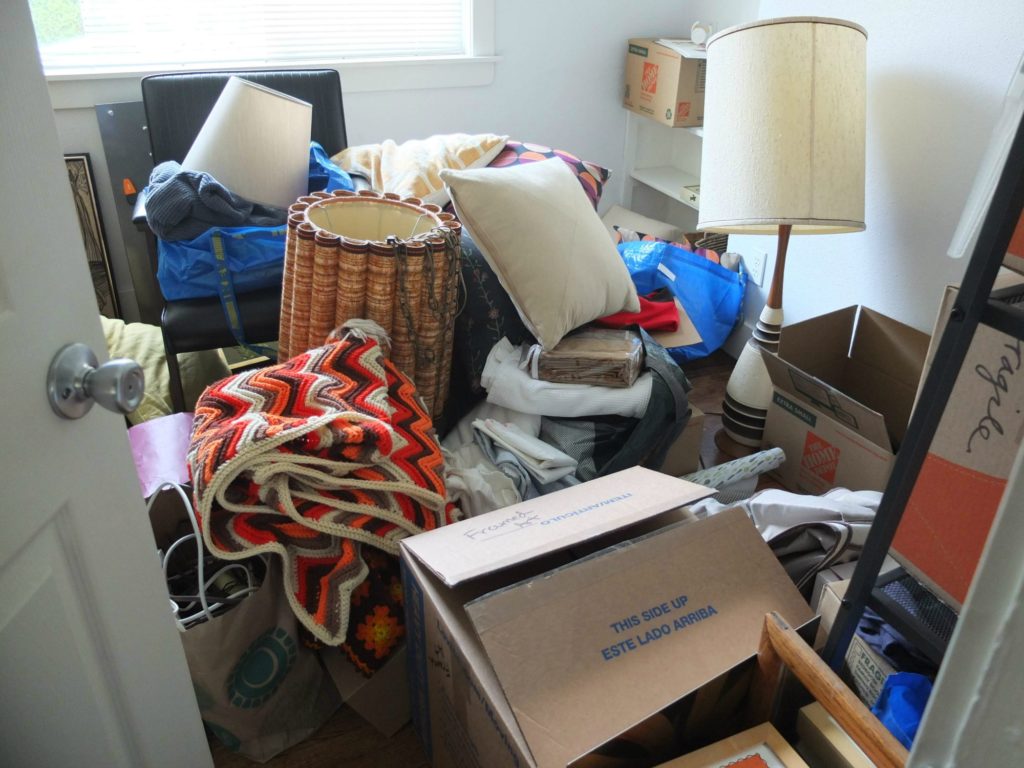 At first, for a lot of reasons having little to do with the new house and everything to do with why I left the old one, I didn’t like her much. Oh, I tried, but some nights I wandered alone around her rooms with “Once in a Lifetime” playing on repeat in my head, feeling like somehow things had gotten completely away from me. Even though I’d made my choices consciously and knowingly, even though I felt, given the things I’d accepted I could not change, that I’d made the right ones, my brain couldn’t stop singing, My God, what have I done?

At first, I thought I would move the things I loved best from the old house into the new, and that would make it feel like home. 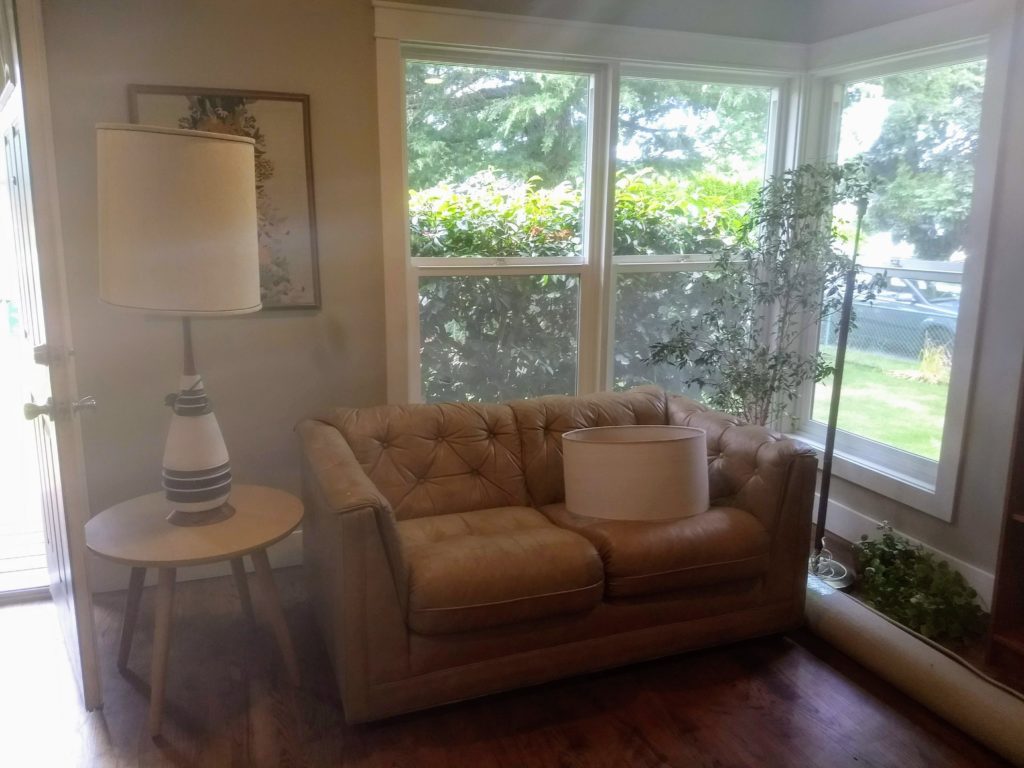 None of them really fit in this new house, which I blamed on the house. But to be honest (which I was having a hard time being with myself), my heart was broken. There was no sexy new romance of any kind (house or otherwise) to keep me from feeling all of its jagged edges, and those reminders of what I once had just made me feel my losses more deeply.

One low day I took down all the art I most associated with Cane and the life we’d had together and put them out in the garage. That felt better, and I began to understand that it wasn’t the new house’s fault that our things didn’t fit within her walls. I began giving previously beloved items away, keeping only those that didn’t carry strong memories of what once was.

I also started bringing out things that had been stored in boxes for years, things from my family. At the same time I was moving, my grandmother died. When I returned from her funeral with items from her home,  I found that they didn’t fill me with sadness, even though they, like those from my old house, might have been fused in my heart and head with loss. Instead, they grounded me in who I was back in the beginning of my life, before I ever had a home of my own. Sometimes they made me sad, too, but it felt like the right kind of sad. 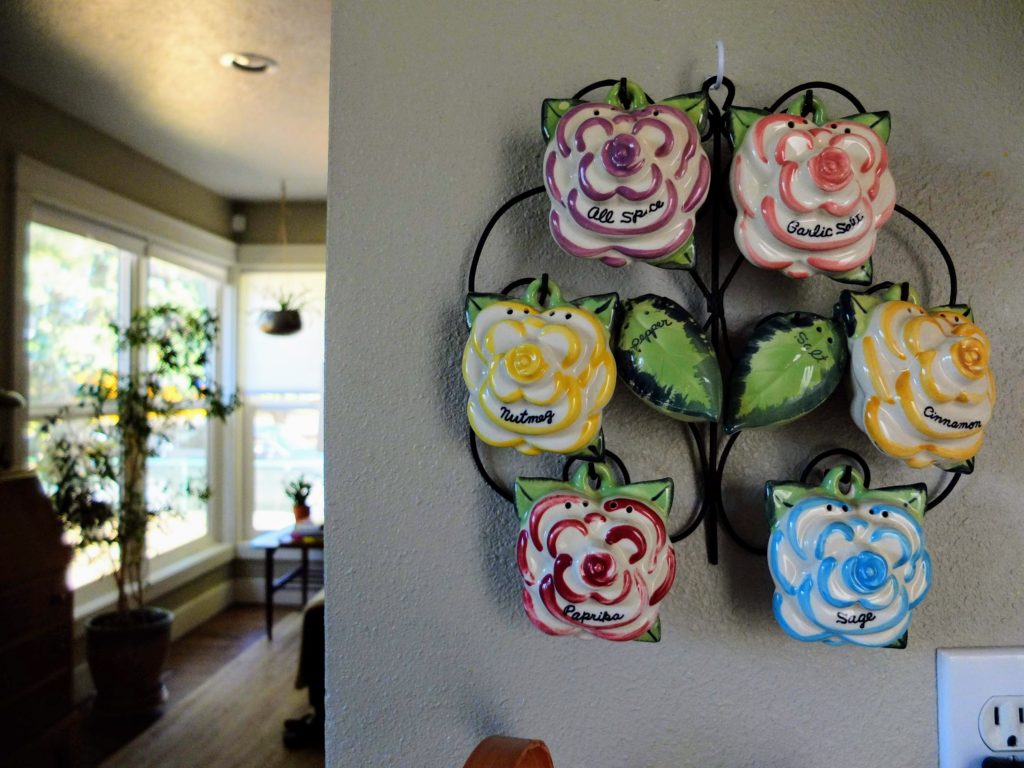 I kept telling myself that I needed to unpack the boxes with practical things, but instead I spent hours arranging sentimental objects and working in the garden, pulling and deadheading and cutting back and planting. Those tasks felt more necessary than finding my extra towels or kitchen gadgets. 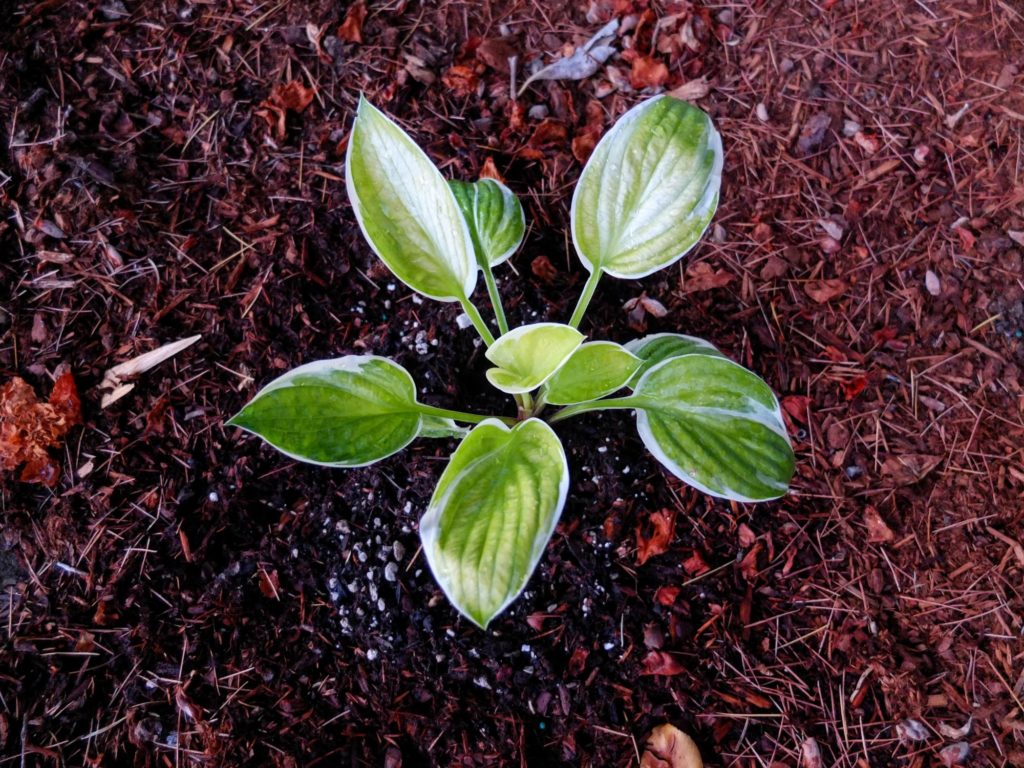 As I did those things, I started to feel flickers of affection for the new house. I began to feel her charms, not just tell myself that she has them, and when a trip away went several kinds of wrong and I longed to go home, it was this house, not my earlier one, that I wanted.

Still, it’s been a process. It is a process. We’re a work in progress, the house and me.  When I’m really not feeling it from or for her, I sometimes pick up my camera and wander the rooms and garden looking for things I can love. I zoom in close, so I can truly see them, framing them from different angles in order to find the ones most pleasing. (As my friend Kate recently said to me, “there’s something to be said for cropping.”) 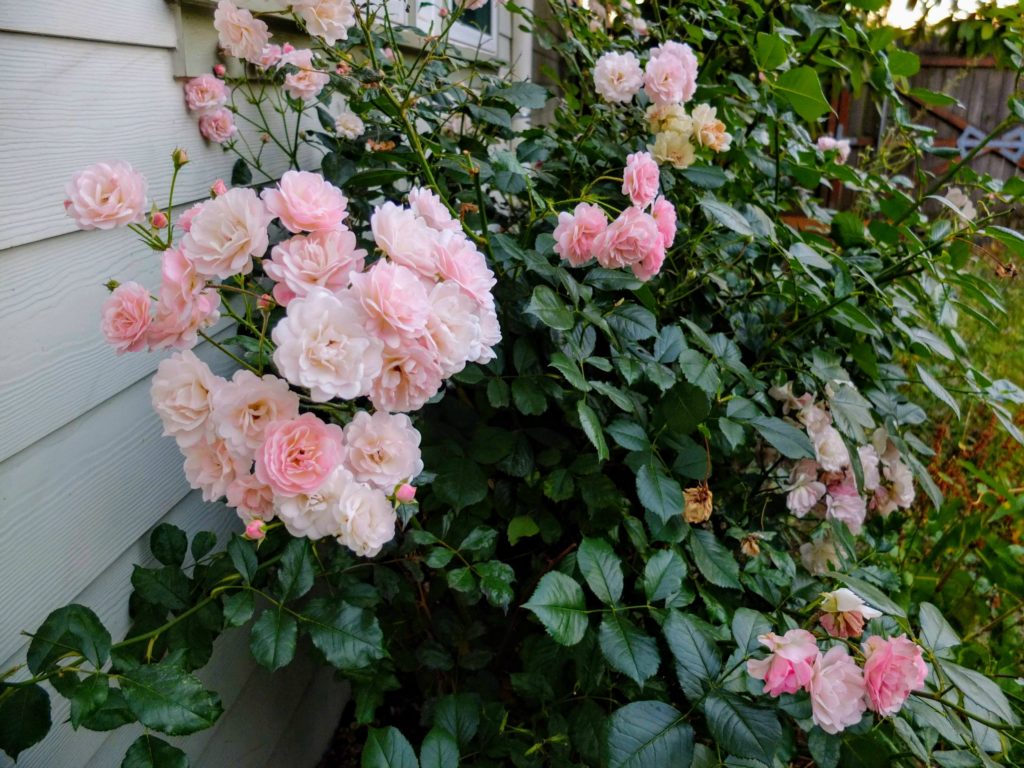 I’m finding that love this time–for the house, for my life in it, for my new, transforming-yet-again self–is not about a sudden falling. There isn’t even anything I could call love yet, but there is gratitude, and it is something that’s growing through the small things I’m collecting and discovering and doing over time:

A bouquet I cut from the hydrangea bush and arranged in a pitcher on the kitchen table. 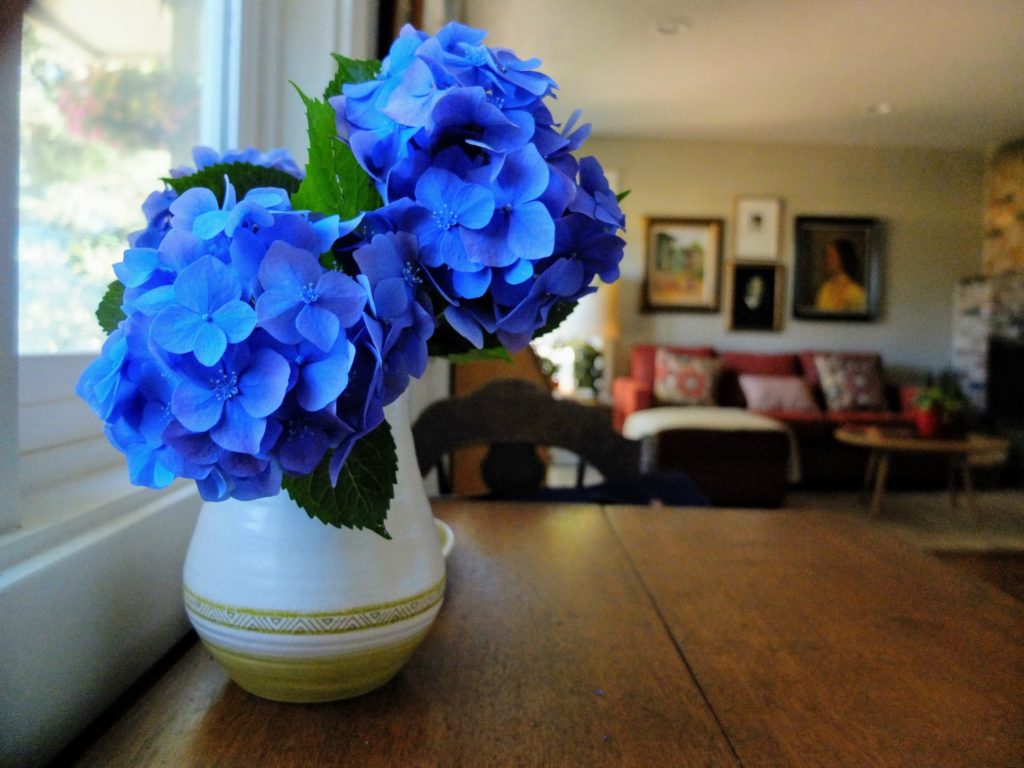 The way the afternoon light spills across the sofa now that we’ve thinned the shrubs in front of the windows. 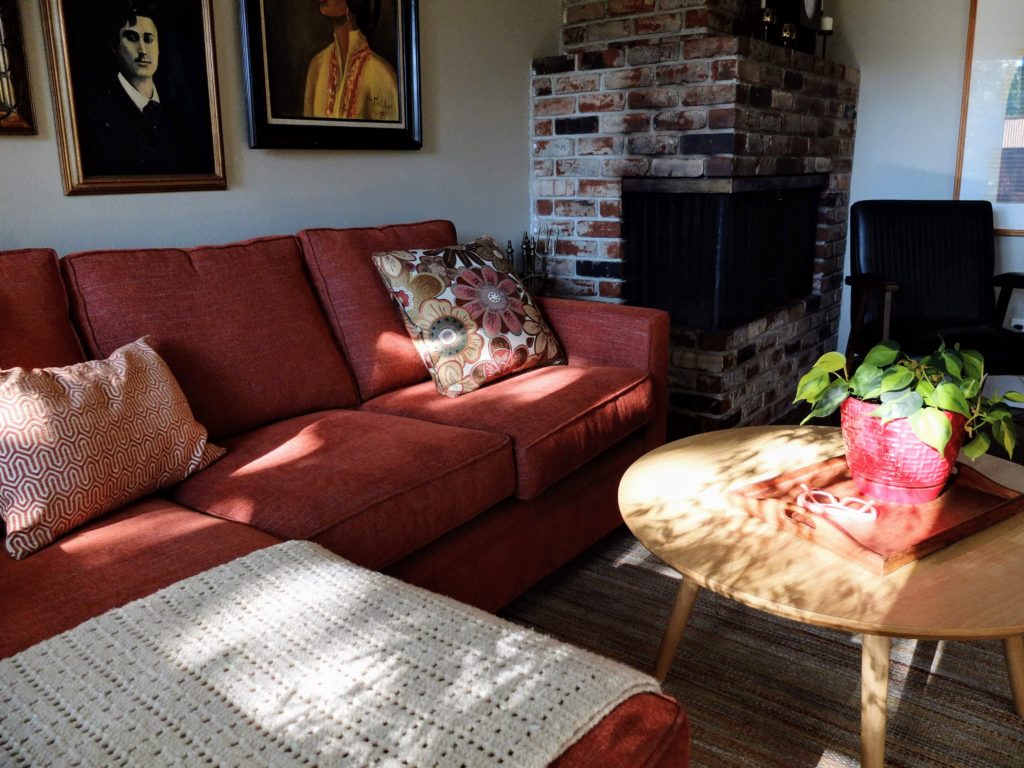 My mother’s childhood milk cup placed against the backdrop of a thrift store painting. 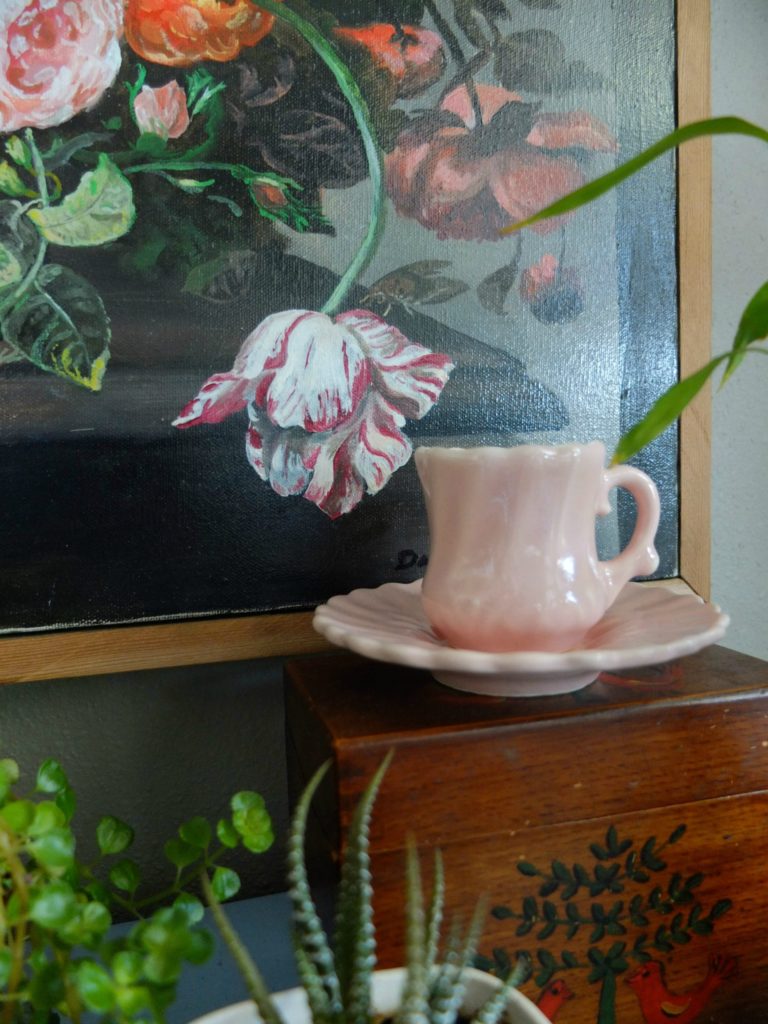 Morning birdsong in the weedy part of the yard I haven’t yet tamed (and might not). 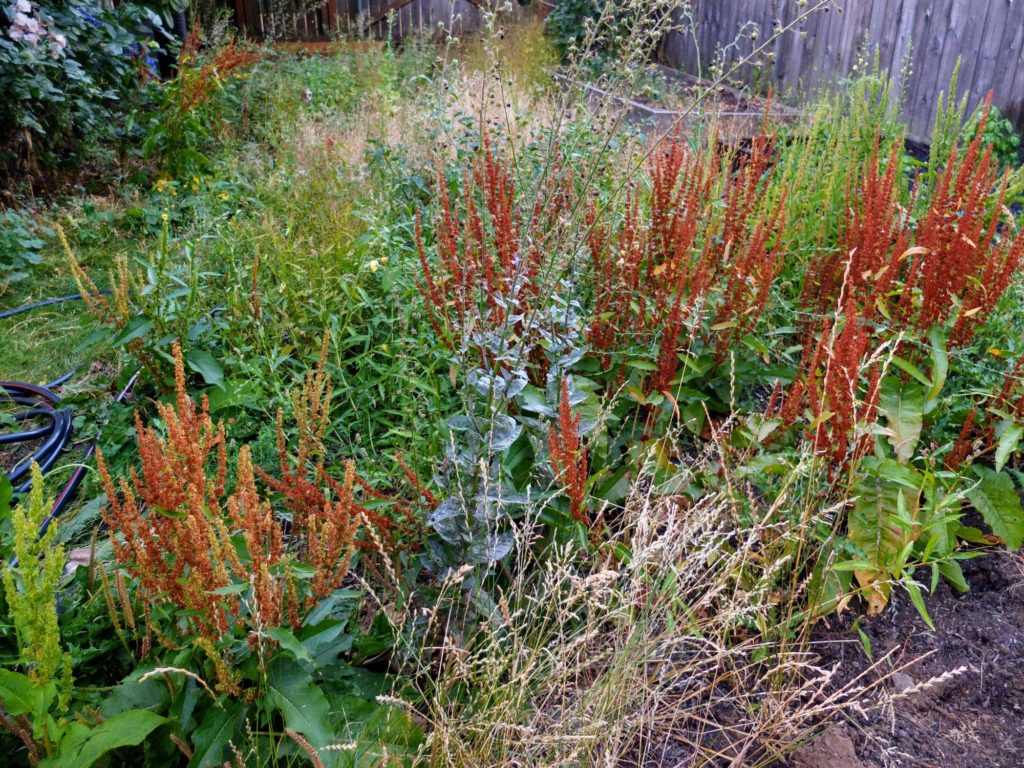 A quilt top my great-grandmother pieced and that I spread on the bed in what will be my son’s new room. 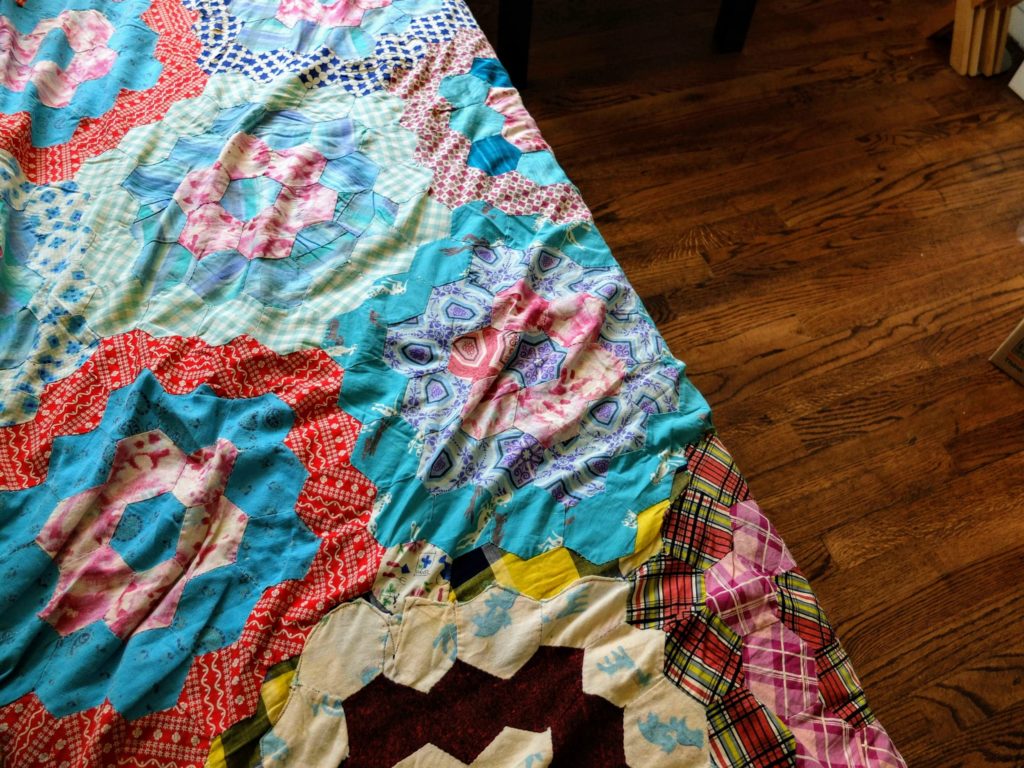 The patina of a worn dresser that’s become a potting table in the greenhouse, where I hope to grow flowers and vegetables from seeds next spring. 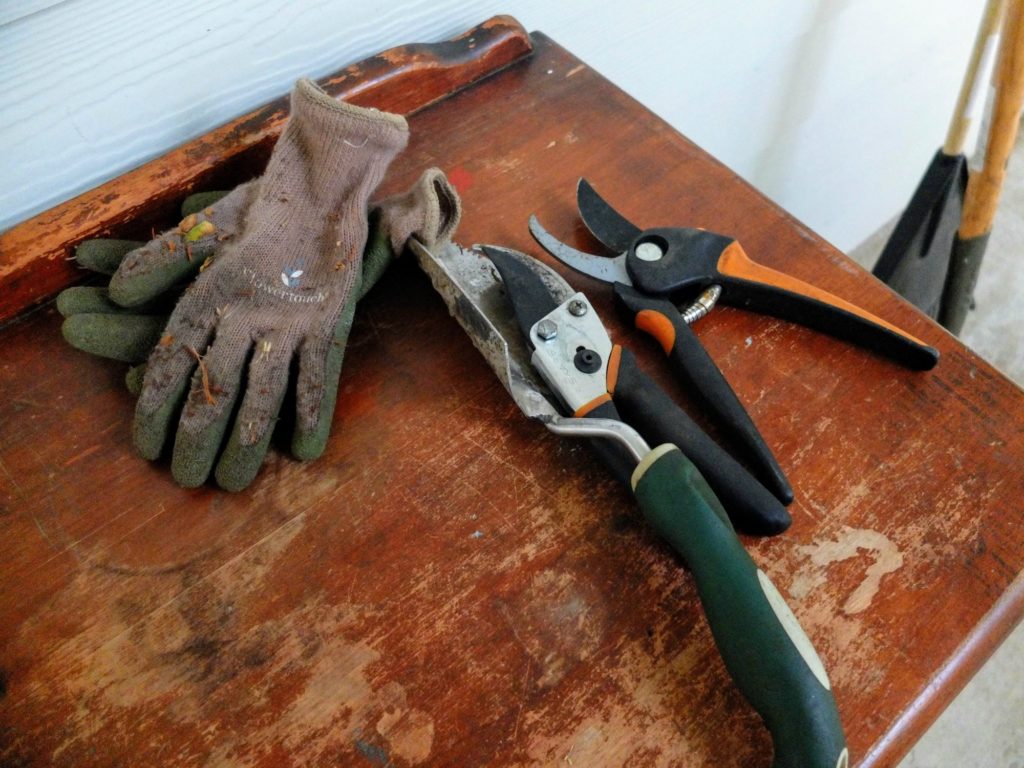 The more I’ve noticed, the more I’ve realized that the things turning this house into home are those I could take to or create in any place I might live. They are things with the right kind of history. They are the things of and from me, not the architecture that surrounds me–things I can carry with me when I once again find myself starting over. Because some day I will. Isn’t life always the same as it ever was, in more ways than it sometimes feels we can hardly bear knowing? 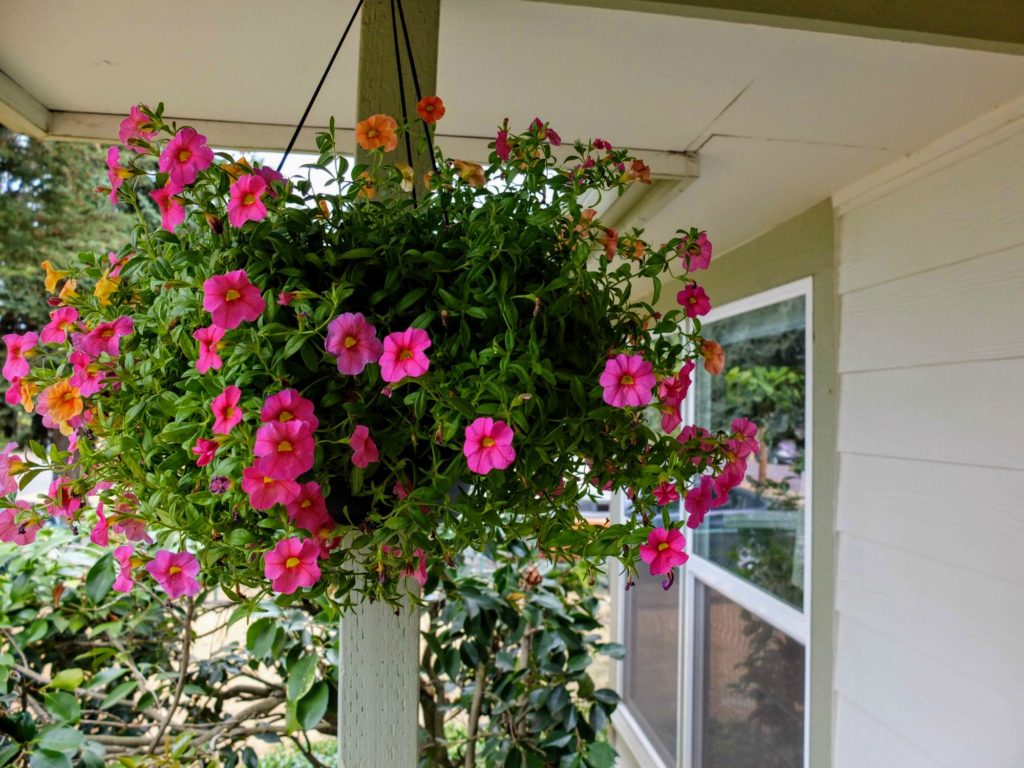 16 thoughts on “A different kind of falling”