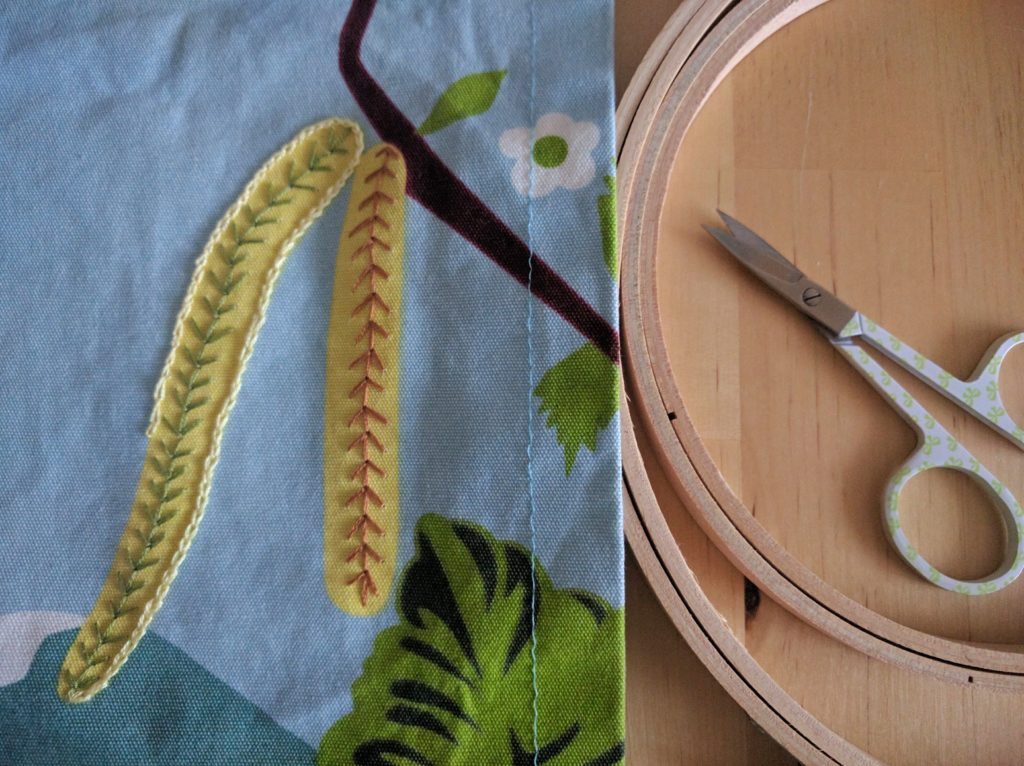 Oh, hey there. Long time no see. Whatchya been up to?

Me? You know…busy busy busy these days…

I’ve only made it to half the sessions of my writing-about-hard-topics-with-humor class. Which means two. Yeah, that might not have been money so well spent after all, considering the per session cost. And that the response to my last piece was heavy on adjectives such as “hard,” “dark,” and “serious.” I believe the word “grim” might have been used. I’d forgotten that I was supposed to be looking for places to let some light in.

Funny how a seemingly innocuous prompt–

became a piece about income inequality and powerlessness and regret. (Except it wasn’t funny. At all.)

So, I guess I haven’t been busy going to my writing class. Or writing, with humor or anything else.

I think it’s because I’ve been really busy fighting all that’s wrong in the world on Facebook. (I know that sentence’s likely got a misplaced modifier, but it kinda works just the way it’s written.) Scrolling Facebook these days is like driving down a highway clogged with one horrific accident after another. I know that I should just look forward and keep moving (or stay home more–a lot more), but I can’t seem to stop myself from getting on the road and then fixating on the wreckage. I’m either staring in fascinated horror or actually stopping to try to do something–even though I have no useful skills to save anyone or anything and am really just adding to the carnage by getting in the way.

Unless, of course, I’m posting mindless things I think are funny, like this exchange between my son and me in the hours before the stormaggedon that never quite materialized here in the northwest last weekend. 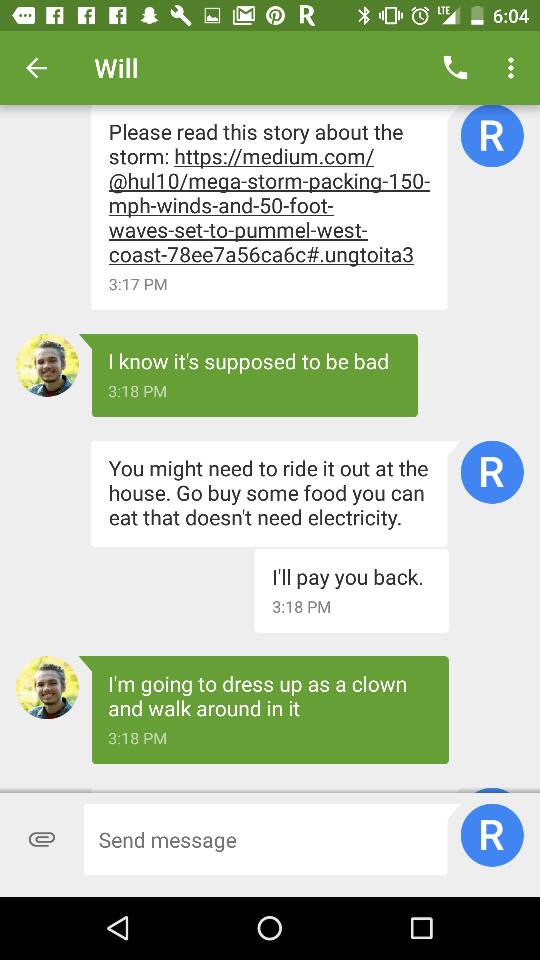 Sometimes I get something positive out of my social media travels, though–like this piece by Magda Pescayne at AskMoxie–which helped me understand that what I’m feeling in response to this damn presidential election (and systemic racism and rape culture/misogyny and violence andandand…) is grief as much as anger and fear. (If you’re in the same place, take a minute to click on through. It’s got some great advice on how to get through the next few weeks. Not that I think everything is going to be all better when the election is finally over. In fact, I’m starting to fear that things will be worse.)

It’s not like I needed another thing to add to my List of Things I’m Grieving, but I guess there’s some comfort in recognizing that that’s what’s going on.

Speaking of grief, well…that’s the kind of thing that can just fill a person’s day right up, isn’t it? It takes so many minutes to talk yourself into getting out of bed, to wander aimlessly around the house from one unfinished task to another, to remember what it is you came for at the grocery store, to make and cancel the plans with friends you promised your therapist you’d reach out to, to make and cancel appointments with your therapist, to pick up take-out because grocery shopping used up all the energy you have, to fixate on the question of how one can distinguish between grief and depression and get online to Google it and get sidetracked by Facebook (which only exacerbates your grief/depression or whatever it is), to revise and revise and revise a blog post you’re never going to publish, to fight a series of migraines and other physical ailments, to put on a happy face so you won’t have to talk about any of the things that are making you sad/numb/angry/numb/hollow/numb.

But even though I’ve been so busy with those things, I have found time to pick up a needle again. I’ve decided that embroidery is my version of all those adult coloring books that are going to be on all the year-end lists of things that are this year’s equivalent of the pet rock.

A long while back I found a piece of fabric with finished edges that I bought because I wanted to embroider on it. 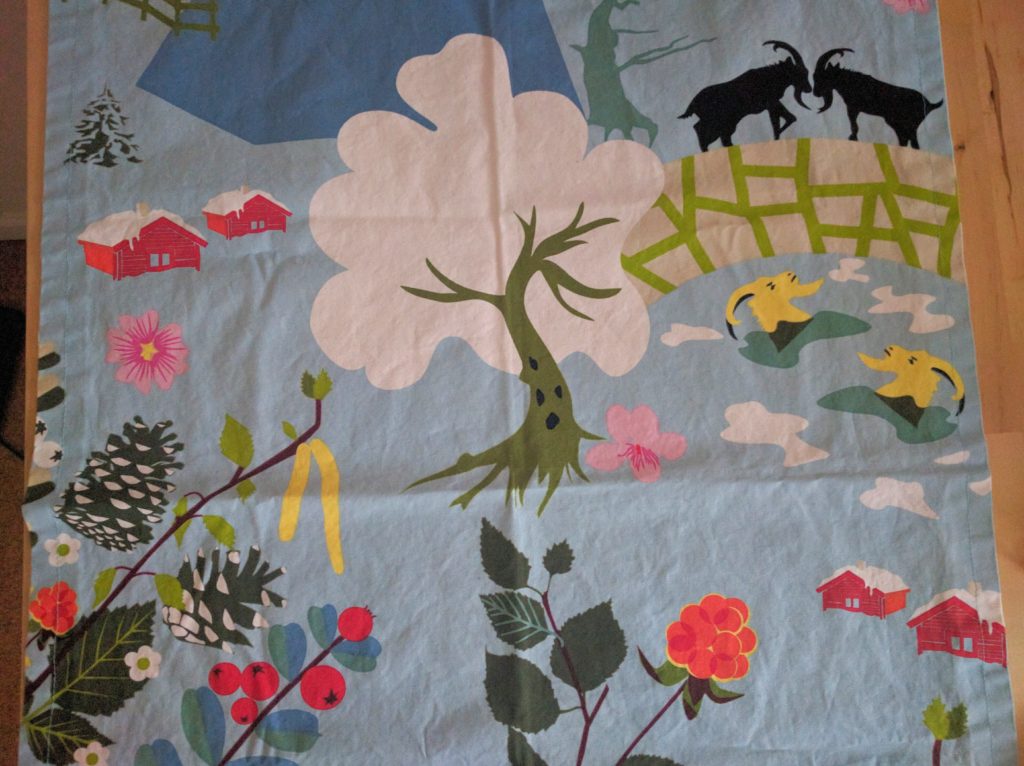 Rather than embroider on it, though, I let it sit in various closets around our house. I think I didn’t let myself do anything with it because there is no practical reason for me to spend hours embellishing this piece of fabric. It won’t even serve any kind of decorative purpose, most likely, as the style and color scheme is unlike anything in the rest of our house.

But a weekend or so ago I picked it up because I was home alone and feeling really sick with migraine-med hangover and my grief/depression/whatever means I don’t have any house-related projects to do (because I no longer care much about doing things to make our house nicer) and because I just wanted to. I turned on an old movie and made a cup of tea and sat on the couch with the dogs and started “coloring.” 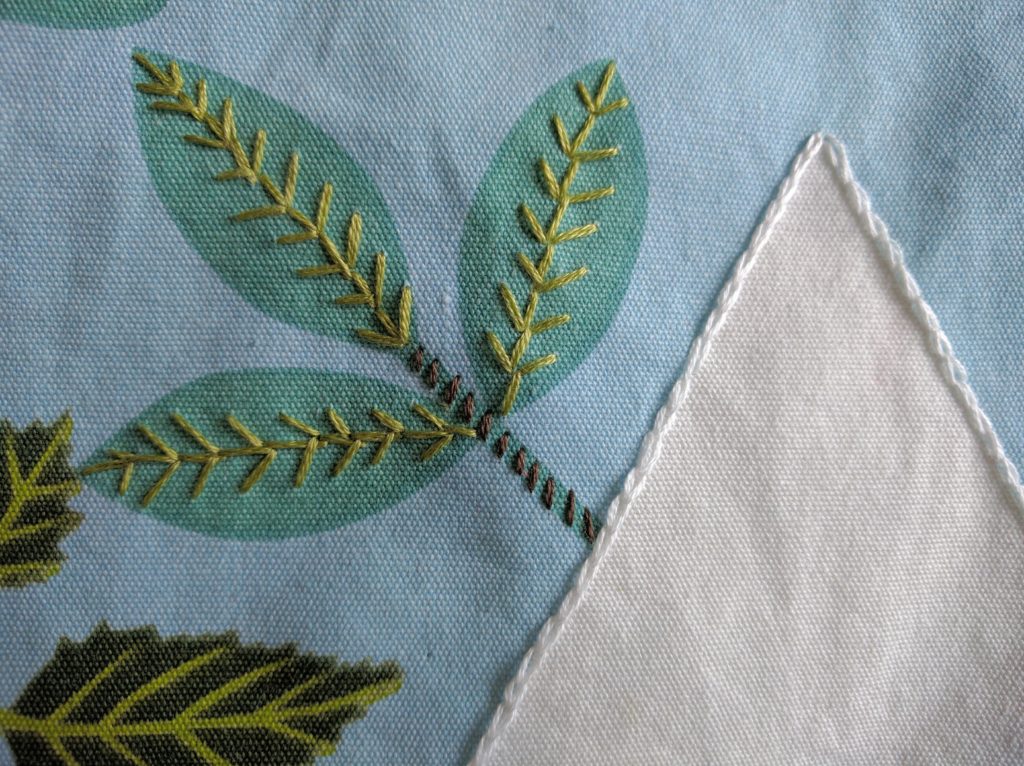 This is not going to be an awesome work of original art. It may well end up spending more time in various closets when I’m done with it. But, when I am lying awake in bed and my mind is spinningspinningspinning about all the things that trouble me these days, I’ve started turning it to this canvas. I imagine what I might add to the tree’s white foliage. I wonder how I can make it look like the trunk has been yarn-bombed. I consider the kinds of stitches I might use to fill the leaves. 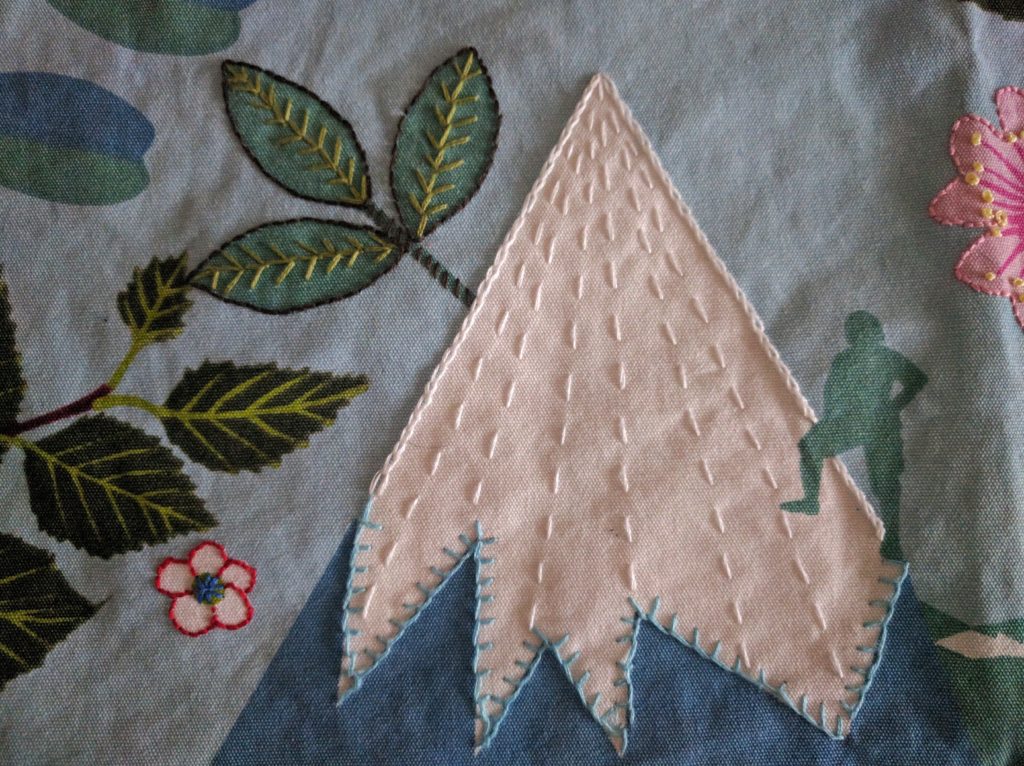 Something about those middle-of-the-night wonderings calms my mind the way the actual work of it does in earlier hours of the day, and I’m usually able to get back to sleep.

That’s a good thing, I guess. At the very least, it keeps me from becoming another wreck for others to rubberneck at on their journey through this world.

So, yeah. That’s what’s new with me. How about you? 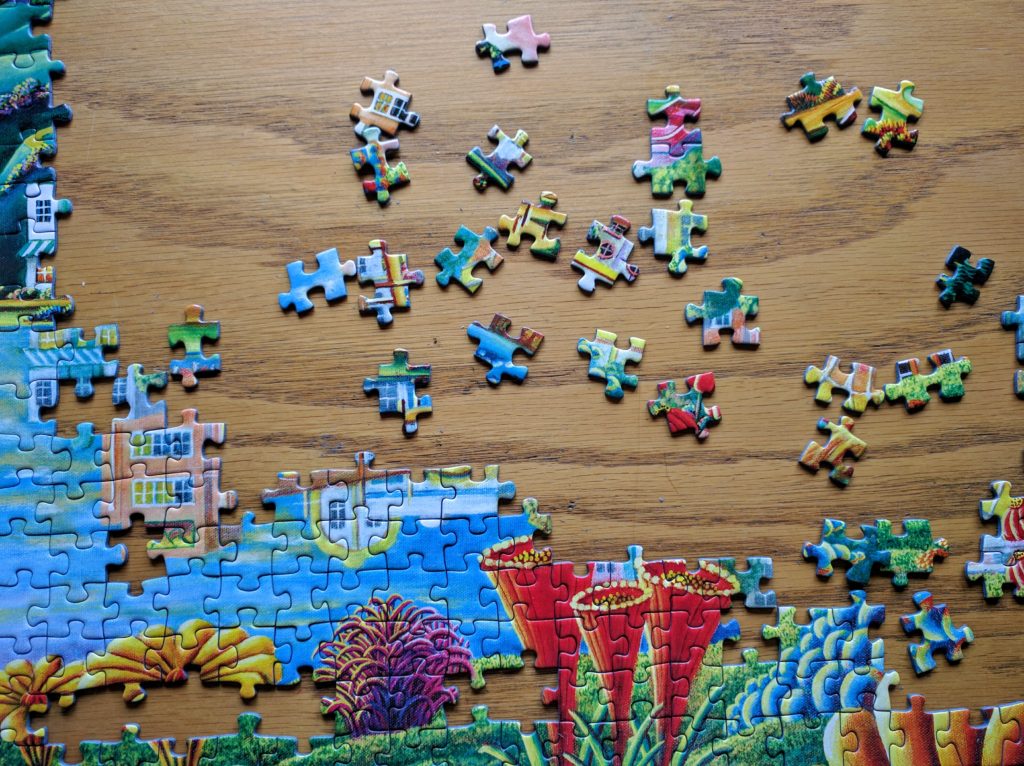 30 thoughts on “Bits and bobs”